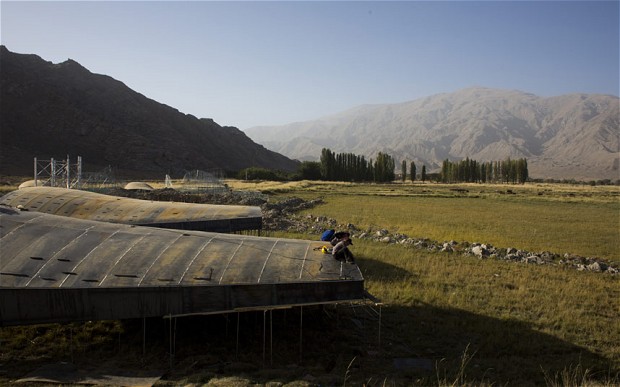 A nuclear base in what was once “one of the most highly classified locations on earth” in Xinjiang Province will be revived as a 300 million yuan “red tourism” theme park. Tom Phillips reports for The Telegraph:

Extraordinarily, after years of neglect, plans are now afoot to transform this scruffy compound into a 300 million yuan (£30 million) “red tourism” destination. When completed it will boast a Communist-themed shopping precinct, a spa-like resort for weary soldiers and even paddocks where the offspring of visiting cadres can hone their horse-riding skills.Ambitious blueprints for the theme park, which is intended to be completed for next year's 50th anniversary of China's atomic debut, foresee its future as “an internationally-acclaimed nuclear travelling site, a peace-themed scenic spot, a national patriotism education base … [and] Xinjiang's number one destination for red tourism.”Chinese visitors will be greeted by a display of military vehicles, a “Red Culture Shopping Street”, a refurbished air-raid shelter and a performing arts centre.Active or retired members of the army will be invited to kickback at the “Soldiers' Dignity Resort” while patriots will be able to ponder the sacrifices of their Communist heroes at the “Fathers of China's Nuclear Programme Memorial”.[Source]