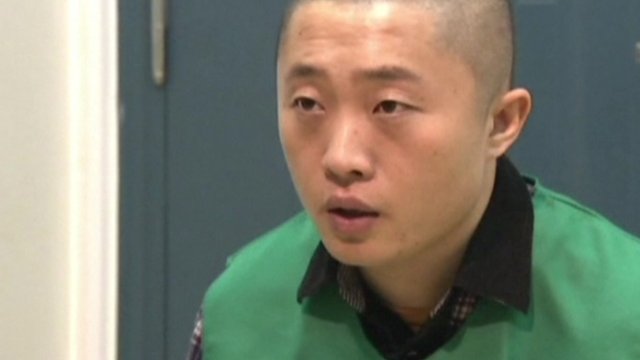 Sales reportedly came to a standstill in the city after the Beijing Times alleged that the water standard used by the company was inferior to Soviet standards in a series of articles that spanned over a month between April and May.

[…] Nongfu’s counter-attack comes half a year after the reports began, but just one day after a national meeting between senior editors and state regulators at the All-China Journalists Association in Beijing. Di Huisheng, the association’s Communist Party secretary, announced measures taken by the central government to curb “targeted news extortion”, namely incriminating reports on companies by journalists who were tipped off and, allegedly, handsomely rewarded by competitors.

[…] “Some journalists don’t understand that they should pass on positive energy to realise the ‘Chinese Dream’,” Di said, referring to a recent party slogan. He added that journalists violating this principle would face administrative and legal repercussions. [Source]

The spur for the new measures was the prominent case of Chen Yongzhou, which has also triggered a storm of soul-searching over corruption in China’s news media. The Guangdong journalist was detained and then arrested last month for allegedly taking money to damage the reputation of Zoomlion, a Hunan-based construction machinery builder. On Saturday, The Post’s Ivan Zhai summed up Chen’s case to date, a “dark drama where only insiders know the script.”

What is known so far: police in Changsha last Tuesday night confirmed Chen Yongzhou, a reporter with the Guangzhou-based daily New Express, was detained on October 18 for writing a series of stories “smearing the reputation” of Zoomlion, which is based in Changsha . The company had blamed Chen’s multipart series for a drop in its shares listed in Hong Kong and Shenzhen.

The New Express fought back. It ran front-page editorials on consecutive days urging police to release Chen. It also asserted that after checking 15 stories with Chen’s byline, they believed his reports were accurate except for one figure wrongly used.

[…] A shocking development came when China Central Television [CCTV], one of the government’s most powerful mouthpieces, aired an interview with Chen who – handcuffed and wearing a green prison uniform – confessed he had been paid by “others” to write more than a dozen negative stories about Zoomlion. It was a bombshell, even though CCTV did not give any details about who the “others” were. [Source]

The Guardian’s David Hearst wrote that “Chen’s fate divided his Chinese colleagues in Nanjing who participated in a week-long exchange programme with foreign journalists […]. Some believed what Chen had originally written and concluded he had been thrown to the wolves. The majority, however, thought his confession was genuine and that he had accepted bribes by a rival firm to write stories that would benefit it commercially.” Media critic Hu Yong wrote at Caixin that “not only was [the confession] a slap in the face for all those who rallied to support him, but Chen and New Express suddenly went from being victims to loathed figures across China. In fact, outraged Chinese have used a particularly insulting term for Chen: ‘jize,’ or prostitute.”

[… T]he apparent revelations in the second phase of the Chen Yongzhou case — a television “confession” and rumors of high-level support from officials in Beijing — put many people in a tight spot. So this journalist we so vocally supported is in fact corrupt?

The All-China Journalists Association (ACJA), which at first showed rare solidarity with the reporter, quickly changed its tune, issuing a condemnation of the reporter’s conduct. The New Express could only capitulate and proclaim its guilt, its management suffering the consequences.

So much remains unclear, hidden by the smog. But we can say for certain that the credibility of China’s news media has plunged to a new low with this case. Media consumers must now think to themselves: if money is at work behind everything we read, where is the information we can trust? [Source]

At the center of the debate is an editorial by Caixin founder Hu Shuli, who bluntly declared that “there is no room for greed in gathering news”:

CCTV’s reporting of the story was rightly criticized for being less than fair, and the manner of Chen’s arrest and the investigation and prosecution of the case also raised questions of collusion. Some valid concerns include the questionable conduct of the Hunan police officers, who arrived in a Zoomlion car to arrest Chen; the apparent neglect of the reporter’s right to legal counsel; the vagueness of the charges of “damaging (a company’s) commercial reputation” that have been slapped on Chen, which made them open to abuse; the fact that Chen is so far the only person to be prosecuted even though the case clearly involved his employer.

The murky chain of relations that led to the arrest must be thoroughly probed.

At its heart, however, the allegation exposes the dark side of Chinese journalism. That someone should abuse his journalist’s right to report should pain all of us who work in the industry. However, worse harm is being done to the credibility of the media, which in every society plays a major role in that society’s development. The onus is on media professionals to exercise discipline and keep our conduct honest. [Source]

Hu’s take-no-prisoners approach has apparently angered some of her media industry colleagues. They have since published various commentary articles and blogs in retort, blaming her for missing the “bigger picture” of the industry’s struggle with increasing censorship, especially in a time when newspapers, amid an onslaught from new media, have seen a dive in profits following a national economic slowdown. Some went further, accusing Hu of currying favour with the Communist Party and siding with the “evil forces” of government censors in their effort to silence journalists.

[…] The controversy triggered by Hu’s piece took her by surprise, Hu admitted on her Weibo on Tuesday. Yet she reiterated her views in the comment section of her article on Caixin’s website.

“It’s true that only a trial should decide whether or not Chen is guilty, “ Hu wrote, “But the fact that he accepted bribes has been exposed, and we have to get to the bottom of it.” [Source]

Caixin also recorded some of the subsequent discussion among journalists and weibo users:

Song Zhibiao, editorial writer for the Southern Metropolis Daily [which issued two supportive editorials before Chen’s confession was aired], also of Guangzhou, wrote on his blog that Hu is conforming with CCTV, which aired Chen’s jailhouse confession even before the police finish investigating.

“There are three themes in this case: Self-discipline, outside scrutiny and the law,” Song wrote. “Judging from the current situation of journalism, self-discipline can only be possible with independence, otherwise it’s ‘dictated self-discipline’.

[…] Sun Xuyang, a reporter from the same newspaper, also wrote on weibo, the country’s version of Twitter, that “self-discipline required by the government would mean difference voices were purged.”

Other journalists and media watchers have joined the debate. Peng Xiaoyun, a former commentator at Southern Metropolis Weekly, disagreed with her former colleagues. She wrote: “Are you really angry with Hu or the insecurity and fear brought by the decline of the industry?” [Source]

Also at Caixin, Hu Yong wrote that CCTV itself has been implicated in corrupt journalistic practices:

The truth is that compared to the taker of “mouth-sealing fees,” the state press is much more unscrupulous than the individual journalists on their payrolls. For instance, a few years ago CCTV revealed abuses by Baidu, the major Internet services company whose pay-per-click ad system led to fraud. Baidu search results helped send junk information designed to mislead the public. When this was exposed, many people predicted that Baidu would have to pay a fortune to silence CCTV from further reporting.

Sure enough, as Baidu’s chief financial officer, Jennifer Li, later confirmed, Baidu’s “marketing expenses” soared by more than 40 million yuan in the quarter following the scandal. The vast majority of these marketing-related expenses were given to CCTV.

[…] At the end of the day the biggest disgrace is that a large segment of the press in China has lost any sense of shame. This is a disgrace not only for the press but also for all of society. In today’s commercialized society, there is nothing that cannot be bought. Officials can be bribed, as can journalists and their employers. [Source]

As for solutions, both Hu Shuli and Zhan Jiang acknowledge that self-restraint within the industry will not be enough. Both argue that rule of law and legal recognition and protection of the media’s role are also necessary.

If Chen’s alleged misdeeds are commonplace among Chinese journalists, Caixin’s Zhang Boling and Yu Ning write, they are also consistent with the “ugly” rivalry between Zoomlion and its competitor Sany, seen as Chen’s most likely backer. Zhang and Yu chronicle a string of accusations of dirty tricks such as defamation by news report and text message, business espionage and even attempted kidnapping. At one point, Zoomlion accused Sany of defamatory accusations of defamation:

The Chen incident is certainly not the first time Zoomlion has claimed being victimized by the media. For example, the firm’s founder and chairman, Zhan Chunxin, said the company was defamed in a November 2012 article appearing in the Beijing-based magazine Global Entrepreneur.

Several Sany senior executives, including Chairman Liang Wengen, were interviewed for the story, which described how the company had been for years a target of business espionage, bribery and defamation. The story pinned some of the blame on Zoomlion. [Source]

Regardless of the truth of Chen’s confession, its broadcast was part of a trend that is causing deep unease among observers of China’s legal system. From AP’s Didi Tang:

“I don’t think this has anything to do with the trials at all,” said Carl Minzner, a professor at Fordham Law School in New York. “Rather, these are experiments with using public confessions on state television — completely independently of any legal proceedings — as a mechanism to send political warnings to the rest of Chinese society.”

[…] “To declare suspects guilty before court trials, CCTV has not only violated the professional code but also China’s existing law,” said Chen Lidan, a journalism professor at Renmin University in Beijing.

[…] “Such parading is clearly a violation of due process, and it shows how the party propaganda is prevailing over those who seek to promote the rule of law,” said political scientist Yang Dali of the University of Chicago. [Source]