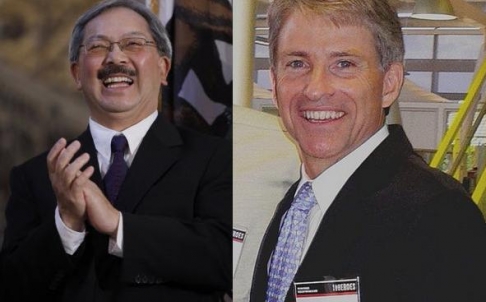 San Francisco Mayor Edwin Lee and Former Chief Financial Officer of California Steven Westley are both rumored to be candidates for the U.S. ambassadorship to China, following this week’s announcement that Gary Locke has resigned from the post. Jeremy Blum at SCMP reports:

Lee is the 43rd mayor of San Francisco and the first Asian American to assume the post. Born in Seattle to parents that immigrated to the US from Guangdong, Lee has visited China three times over the past year and has met both previous Chinese President Hu Jintao and current Vice President Li Yuanchao.

“While amused by the speculation, he has no interest in being ambassador to China,” Falvey reportedly told the San Francisco Chronicle in a follow-up article. “He is 100 per cent committed to a job he loves – being mayor of the best city in the world.”

Despite these claims, pundits have not completely written off Lee – the San Francisco mayor was originally only appointed as a one-year interim mayor in 2011, and said at the time that he had “no interest” in running for a full four-year term, a statement he later revised. [Source]