Sources: Monk Self Immolates in Qinghai 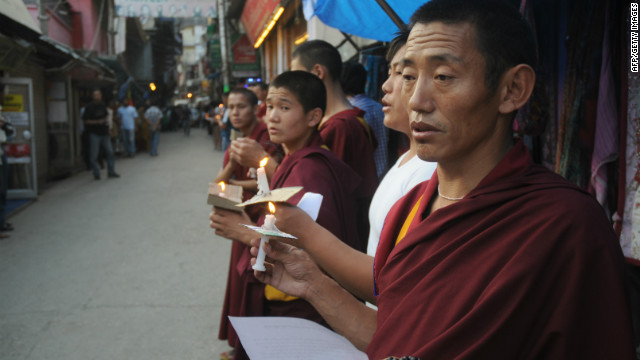 A Tibetan monk set himself on fire in Qinghai province on Monday, according to Radio Free Asia:

The condition of Gyal, from the Akyong monastery in Pema county, is not immediately known as Chinese police put out the fire and took him to a nearby hospital, the Tibetan source said. [Source]

Voice of America, the U.S. government-backed broadcaster which the Chinese government has accused of inciting self-immolations by glorifying the act in its coverage, claims that more than 120 Tibetans have set themselves ablaze since 2009:

Tsangyang Gyatso, speaking from Dharmasala, India says he has been told by local sources that monks from Tsering Gyal’s monastery gathered to demand information on the victim’s condition.

“Local people, including monks from the Achong Monastery, gathered in the capital of Pema County to protest and demanded they hand over Tsering Gyal. Under pressure, local authorities accepted two relatives of the self-immolator to accompany him to Xining for further treatment,” said Gyatso. [Source]