What will Replace Re-education Through Labor? 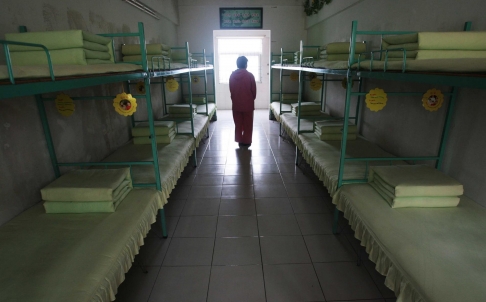 As the Chinese government moves ahead with plans to abolish the reeducation through labor system (laojiao), the country’s chief justice has called on courts to speed up the processing of minor cases and facilitate the reform. From Global Times:

Zhou Qiang, president of the Supreme People’s Court, called on courts at all levels to shorten the process of hearing and concluding minor criminal cases, and promote community-based rectification in order to match up with China’s reform of its “re-education-through-labor” camp system.

Good legal and social effects should be achieved by nationwide courts when hearing major sensitive cases, Zhou said, urging a cleanup of lawsuits that should have been concluded a long time ago. [Source]

Yet while many legal experts and human rights activists welcome the proposed abolition of laojiao, and the expectation that relevant cases will now be handled by the courts, some have expressed concern that the reforms will not go far enough to root out abuses. From the South China Morning Post:

China law expert Jerome Cohen of New York University said making police attend court for trial would be “a significant procedural improvement” as it would remove their unfettered authority.

But legal experts say it is unclear which type of offenders would be prosecuted in court and how police would handle others previously designated for laojiao, such as petitioners, activists and followers of the outlawed Falun Gong sect.

Some fear that laojiao will be replaced with a new form of punishment, and note that the police can still resort to other forms of arbitrary detention amid the government’s escalating drive for “stability maintenance”.

“They can get rid of the name laojiao and even the institution, but police still have many options for informally punishing people without it,” Cohen said. [Source]

Read more about re-education through labor, via CDT.