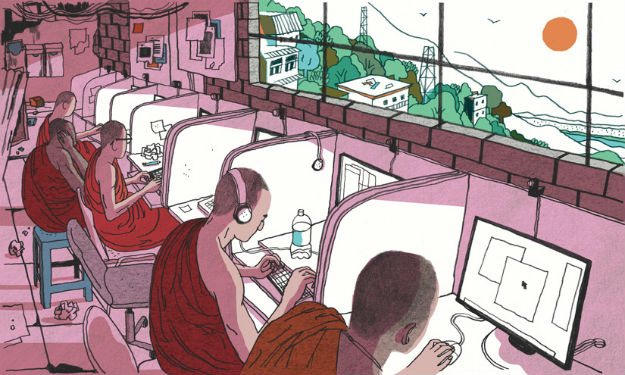 Jonathan Kaiman reports at Foreign Policy on China’s intense hacking and surveillance campaign against the Tibetan exile community in Dharamsala:

Lobsang Gyatso Sither sits at the front of a Tibetan school auditorium, the bright rectangle of his PowerPoint presentation dimly illuminating the first few rows of students before him. “Never open attachments unless you are expecting them,” Sither says. The students nod. A portrait of the Dalai Lama hangs above the stage, framed by flickering electronic candles; a stray dog ambles behind the crowd. “Never give anyone else your passwords,” Sither says, clicking to a new slide, which explains the dangers of using an unfamiliar thumb drive. “The Chinese government or others could take control of your computer.”

[…] Communication between the city’s Tibetan community and Tibet itself is easier than it has ever been. Yet the risk of dialing home has never been greater. “If we don’t use secure lines of communication, Tibetans in Tibet could be prosecuted” for sending sensitive information abroad, says Sither, a field coordinator for the Tibet Action Institute, a New York-based nonprofit that sponsors education initiatives and trains activists on secure communications systems. [Source]