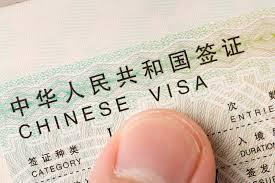 After Bloomberg and New York Times reporters received their press credentials, the first step in getting visas, fears that two major foreign publications would have to close operations in China have eased. But in a post on China Law and Policy, Elizabeth Lynch writes about the current situation from the perspective of recent history, and examines the shifting dynamics between the Chinese government and foreign media organizations in the country:

The Chinese government may be weak, but as its threats to the New York Times and Bloomberg demonstrates, it may very well still have the power to crush. In elaborating on allegations of self-censorship, Brauchli was adamant that such a thing would not happen. ”Our credibility has always rested heavily upon the depth, quality and accuracy of our reports. Any type of self-censorship could have impaired our success as a journalistic enterprise.”

This is likely true on the journalist side of the enterprise, but as news agencies find it harder and harder to turn a profit, at what point is the business side able to unduly influence editorial decisions. Two weeks ago, Margaret Sullivan, the New York Times public editor, reported that with its Chinese website blocked, the Times had $3 million in lost revenue (the Times‘ 2012 revenue was $2.32 billion). Similarly, Bloomberg News’ parent company, Bloomberg L.P., makes 85% of its profit through the sale of its stock-trading Bloomberg terminals. With only 3,000 terminals throughout China, the market is undersaturated (compared with 10,000 terminals in Hong Kong and 100,000 in the United States). Finally, even the Washington Post appears to rely on China for revenue. Since 2010, the China Daily has paid for “China Watch” to the supplement section of the Post‘s website.

As Evan Osonos, former New Yorker China correspondent pointed out at some point business considerations must come into play: “the prospect of taking an expensive stand against a foreign state is unappealing, especially when it might mean giving up their dreams for future growth in China.” [Source]

CNN correspondent Jaime FlorCruz, who has lived and worked in China for the past forty years, offers his personal perspective on the changing conditions for foreign reporters there. CNN also provides a timeline of “key moments leading up to the visa row.”

In the Washington Post, Perry Link notes that while the current visa troubles faced by foreign reporters have gotten a lot of press attention, controlling the borders has long been a tactic used by the Chinese government against domestic critics and dissidents:

The outside world has been shocked at the prospect of two major news organizations shutting down. But to Chinese who have dared to utter unauthorized truths, this is a familiar pattern: If you behave, you can talk. Cross the line? We have our methods.

And one of the most battle-tested methods is to withhold permission to cross China’s borders. For Chinese critics of the government, the border long ago acquired a political toll booth: Whichever way you cross, you pay a price.

After student demonstrations for democracy ended in massacre in Beijing on June 4, 1989, several dozen student leaders, intellectuals and government advisers wanted for arrest fled to the West. As years passed, many wanted to go home, often to see aging parents. Wu’er Kaixi, a student leader at Tiananmen Square, became so desperate to see his parents before they died that he flew to Hong Kong last month and gave himself up. He was willing to risk prison. But his plan did not have the expected outcome: Hong Kong authorities, evidently on instructions from Beijing, barred him. Article 13 of the United Nations’ Universal Declaration of Human Rights says, “Everyone has the right to leave any country, including his own, and to return to his country.” Not Chinese people. [Source]