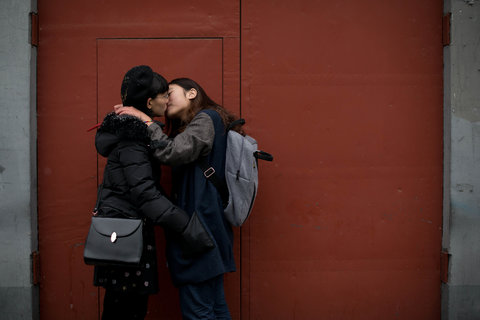 The Chinese government in Hunan has stated that homosexuality is “in violation of morals” in response to efforts by Xiang Yuhan, a gay rights activist, to register a nongovernmental organization.  From Didi Kirsten Tatlow at The New York Times:

“Marriage must be between a man and a woman and the Marriage Law does not recognize homosexual relations,” it said. “Therefore there is no legal basis for setting up a social organization for homosexuals.”

It also read, “Social organizations must respect the constitution, the law, regulations and policies and may not violate social morals and customs, and homosexuality contradicts our country’s traditional culture and spiritual civilization construction so a group cannot be set up.”

“Nowhere in the constitution, laws or regulations of the state does it say homosexuality goes against social morals or customs,” Mr. Xiang wrote in his response to the government, which was also seen by this newspaper.[Source]

The rejection comes at a time when the leadership has vowed to ease restrictions on organizations seeking NGO status.  From Wu Nan at SCMP:

Legal restrictions have made it difficult for the groups to register. The NGO Research Institute at Tsinghua University estimated that more than half of the one million groups on the mainland are not registered.

Wang at the China Philanthropy Research Institute said he was convinced the government was easing its policy towards the sector. “The third plenum reflects bold reform to allow NGOs’ development,” he said. “The recent NGOs’ smooth registration shows the new reforms were a positive step.[Source]