Huawei Is ‘Exiting the U.S. Market’ 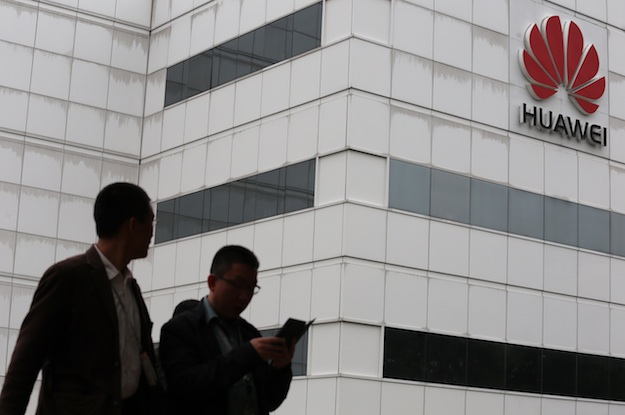 The CEO of Huawei, a Chinese telecommunications giant that has been accused by the U.S. government of espionage in the U.S. and Africa, has announced his plans to withdraw from the United States. From Foreign Policy:

In a rare interview on Nov. 25 with French journalists, Ren Zhengfei, the 69-year-old founder and CEO of China-based Huawei, said he would no longer look for business in the United States, in the wake of accusations from lawmakers and government officials that the company is a de facto arm of the Chinese authorities. “If Huawei gets in the middle of U.S-China relations,” and causes problems, “it’s not worth it,” Ren reportedly said, according to a Chinese transcript of the interview. “Therefore, we have decided to exit the U.S. market, and not stay in the middle.”

It wasn’t immediately clear what Ren meant by “exit” the market, but for the company, the U.S. market could easily be described as hostile. Lawmakers have exhorted U.S. firms to stop doing business with Huawei, and federal regulators have tried to block the spread of the company’s equipment in the United States

[…] Ren didn’t say that Huawei was shutting down its U.S. offices or entirely ending a particular line of business. And he claimed that the company’s mobile phone business was going strong. “Our handsets in the United States are still selling well,” Ren said.

“For research and development, and retail handset provision, Huawei will likely stick around” the United States for a long time, said Dan Rosen, a partner and China practice leader at the Rhodium Group, an economic advisory firm. [Source]

Despite successes in other markets, Huawei has struggled to secure contracts in the U.S. due to concerns over cyber-security threats. The Financial Times reports:

Although Huawei has done business with 45 of the world’s top carriers, it failed to get contracts from any leading operators in the US. Last month, Sprint Nextel, the third largest US mobile network operator, and its Japanese suitor, Softbank, both gave assurances to the House intelligence committee that they would not use Huawei equipment.

In October, a US congressional report officially branded Huawei and ZTE, its smaller Chinese peer, a threat to national security. At the time, Representative Mike Rogers, chairman of the House Intelligence Committee, called on the US government and private sector companies to shun Huawei and ZTE.

[…] In 2008, Huawei retracted a bid for 3Com, a US technology company, after it emerged that the proposed deal would not gain regulatory approval in Washington. Two years later, Huawei bid for a multibillion-dollar contract to supply network infrastructure to Sprint Nextel, one of the top US operators, but lost after the US government intervened. It also failed to win bids for other US telecom assets and, in 2011, was forced to unwind a $2m deal to buy patents from a US company. [Source]