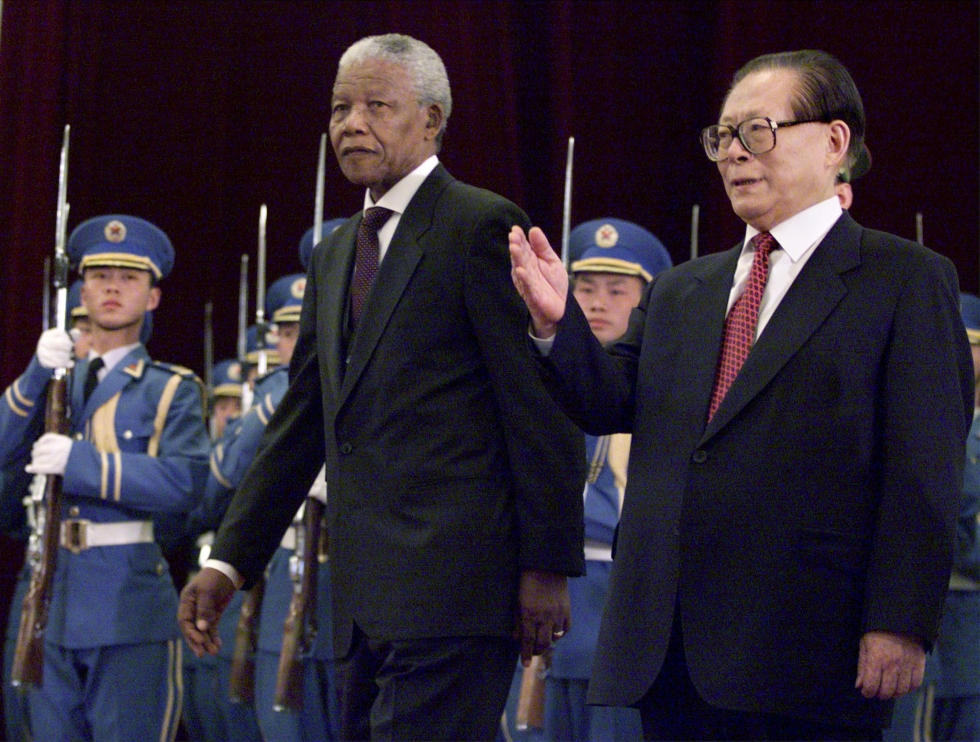 As it has throughout the world, the death of Nelson Mandela has been front page news in China, both in the official media and in online forums. Mandela was praised by Chinese officialdom for reestablishing ties between the two countries as President of South Africa in 1998. But dissidents also are paying tribute to Mandela’s activism and the 27 years he served as a political prisoner. From the New York Times’ Sinosphere blog:

Chinese state media have spoken about Mr. Mandela’s role in liberating oppressed people, and drawn comparisons between him and China’s revolutionary leader, Mao Zedong. The Chinese government has in official condolences emphasized the former South African president’s role in establishing formal relations between his country and the People’s Republic of China in 1998.

“His example of a peaceful path is one that China’s supporters of a transition have constantly thought about and want to emulate,” said Cui Weiping, a writer and retired literature professor in Beijing who has written about human rights and democratic transitions. [Source]

The Wall Street Journal’s China Real Times has more on the Internet reaction to Mandela’s passing:

“China needs rule of law, but it needs someone like Mandela more,” wrote lawyer Zhu Dingwei.

Others were less certain that a Chinese Mandela would succeed, arguing that the South African political system, despite its flaws, came with a built-in respect for rule of law that China doesn’t have.

“Besides his persistence, belief and perseverance, another thing that allowed Mandela to achieve greatness was that all the enemies he encountered had bottom lines,” wrote Ma Yong, a historian with the state-sponsored Chinese Academy of Social Sciences. “Just imagine, he was able to walk out of the prison in good condition without the dishonor of having to confess to any crimes or mistakes. In a lot of countries, that’s simply inconceivable.” [Source]

“We are remembering a person who respected and struggled for human rights, freedom and equality, but China’s Mandela, who has done exactly the same kind of things, has been jailed,” wrote one user in a widely shared post, making an apparent reference to Liu, whose name is blocked on Weibo.

Another wrote, “If Mandela had been Chinese, he’d have been beaten to death.”

A third Weibo user wrote, “China does not lack people like Mandela or Aung San Suu Kyi. The difference is that they both eventually ended up being freed. People like this, in China, once they go into jail, they vanish.” [Source]

In 1999, after establishing formal relations with China, Mandela visited Beijing on his last state trip as President. He delivered a speech to students at Beijing University.