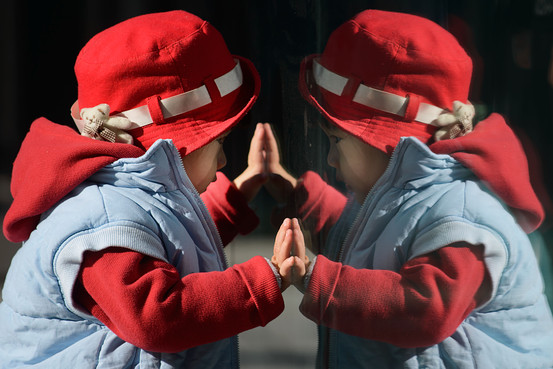 The Chinese government’s plan to ease its one-child policy in the beginning of next year will allow couples to have two children if either of the parents is an only child. From Reuters:

Changes to China’s strict one-child policy, which will allow more parents to have a second child, will begin to roll out early next year, state media said.

The policy change is expected to go into force in some areas of China in the first quarter of 2014, Yang Wenzhuang, a director at the National Health and Family Planning Commission, told the official Xinhua news agency.

Beijing said last month it would allow millions of families to have two children, the most radical relaxation of its strict one-child policy in close to three decades. The move is part of a plan to raise fertility rates and ease the financial burden on China’s rapidly ageing population. [Source]

Changes to the family planning policy are being implemented to address the economic burdens brought by labor shortages and a rapidly aging population. The Wall Street Journal reports:

Xinhua quoted lawmakers urging quick action. “If the current family planning policy persists, the birthrate will continue to fall and lead to a sharp drop of the total population after reaching a peak,” said Li Bin, minister in charge of the National Health and Family Planning Commission, when briefing lawmakers, according to the news agency.

Demographers in recent years have warned Chinese leaders of a looming labor crisis due to declining birthrates and had urged leaders to start easing the policy immediately. The number of people entering the workforce is shrinking while the portion of elderly is rising.

Between 2010 and 2030, China’s labor force is expected to lose 67 million workers, according to projections from the United Nations. China’s birthrate has dropped between 1.5 and 1.6 since the 1990s, Xinhua said. The working population began declining by 3.45 million annually in 2012 and will decline by eight million each year after 2023, Xinhua said. [Source]

Despite policy changes, population control remains an important priority for the Chinese government. From Xinhua:

Curbing the explosive growth of its population will be a top priority for the Beijing municipal government, Mayor of the Chinese capital Wang Anshun has said.

“To resolutely control the population’s excessive growth is the key to solving multiple problems, such as traffic and environmental problems,” said Wang on Sunday at a session of the Communist Party of China (CPC) Beijing committee.

Beijing will give full play to the restructuring of industries and upgrading of service industries to slow down population growth, he added. [Source]

Some fear that revision to the one-child policy would lead to a large short-term surge in birth rates otherwise known as “birth accumulation.” From ChinaFile:

“If everybody tries to have children all in the same year out of competition to be first, there will be a sudden boost to birth rates,” said Lu Mai, Secretary-General of the China Development Research Foundation. “If that’s the case, those children will encounter problems at every stage of their life, whether it be in seeking medical care, attending school, or in the provision of public facilities.”

The foundation issued a report in October 2012 in which it calculated that if families were allowed second children simultaneously in every region of the country, the overall birth rate would soar. In the first few years after the policy was relaxed, the overall birth rate might exceed 4.4. That means the birth of 46 to 48 million babies.

However, research by Wang Guangzhou, a researcher for the CASS Population and Labor Economic Research Institute, found that allowing second children in 2013 would only lead to a small spike in birth rates in 2014, but that the overall birth rate would rise to only about 1.93. That would lead to a maximum of 27 million new babies and a minimum of 15 million. [Source]

Only child Yuan Ren argues that the one-child policy “has overhauled the status of girls and their life prospects” despite its controversies. From The Telegraph:

As a single child born in China myself in the late 1980s, my own father, who back then was less than ecstatic at the news of a daughter, has no less strived to provide educational opportunities for me that beat what most boys of my age and background received – something that could easily have been shifted to a male sibling, if I’d have had one. Today, the narrative of every single child family in China is the same from parents to grandparents, irrespective of gender – how to provide the best for the child.

[…] Furthermore, a recent study shows that girls with brothers are on average schooled for a shorter number of years than those with sisters, which demonstrates that gender bias does play a key role in allocating resources for education.

While the one-child policy seems to have “inadvertently” contributed to equality outcomes, according to a publication in the Journal of Family Issues last year, it has no less transformed prospects for women in urban China, where as high as 90 per cent of households can be single-child families, in cities like Beijing and Shanghai.

[…] The one-child policy in China has had a liberating impact on the lives millions of women who are better educated and more independent than ever before – and the confidence and self-assurance is evident in those who have grown up in highly nurturing environments out of the shadows of male siblings. [Source]

At Vocativ, Ron Gluckman tells the story of heihaizi (“black children”), a label given to children who fall outside China’s family planning laws:

Sofi, like all children born outside the parameters of China’s one-child-per-family law, never received birth permission from the government officials who oversee the policy. As such she will never be issued hukou—an identifying document, similar in some ways to the American social security card and birth certificate, without which people in China can be denied jobs, permission to travel and even housing. Public schooling is also impossible for those without hukou, and hospitals (because they are government-run) refuse to treat undocumented children.

Recent changes to the one-child law that in some cases allow for a second child fail to address the millions of heihaizi living outside the system already.

Sofi (both her and her mother’s names have been changed) is among the more than 10 million heihaizi condemned to a lifetime of abuse and neglect because of the one-child policy. The consequences can be horrific on all fronts: Forced sterilization and mandated abortions for pre-term mothers, and birth police abductions in which illegitimate children are given to childless families, sold or placed in institutions to be adopted. These transgressions get the most attention, but millions like Sofi are the ghost-like victims.

Penalties can sometimes be paid to register heihaizi—in the countryside, for example, where the policy is less stringent—but fees are often several times one’s annual salary and can introduce a capricious and confusing bureaucratic nightmare. [Source]