A Story of China, 70 Years in the Making 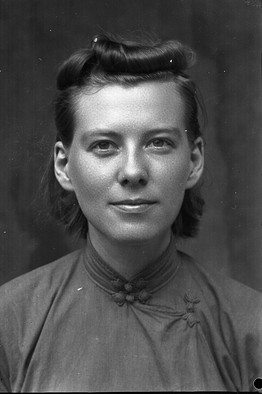 The Wall Street Journal’s China Real Time blog profiles Isabel Crook, a 98-year-old resident of Beijing, who was born and spent most of her life in China. Crook has published a book, co-written with Christina Gilmartin, of her field notes taken from her time spent living in the village of Prosperity, Sichuan, in the early 1940s, called Prosperity’s Predicament:

Returning to Chengdu in 1942, she met her husband, David Crook, a committed Stalinist who had spied for the KGB in Spain and Shanghai. The two moved to London during World War II and married in David’s native England.

After the war, they returned to China, where they studied Communist land reform, says one of their sons, Michael. David published research on a village called Ten Mile Inn in northern China in 1959, and the couple decided to stay in China after being invited to teach at what was then called Beijing’s Foreign Languages Institute.

As China headed into the Mao years and the Cultural Revolution, the Crook family remained in Beijing. Eventually, David was jailed in Beijing’s Qincheng prison for five years on suspicion of being a spy, while Isabel was held on the campus of the university for three years. David Crook describes his experience in an autobiography as being filled with solitary confinement, interrogation and very little contact with his family.

But neither David nor Isabel held China responsible for the excesses of that time. “I was free in 1973,” David, who died in 2000, wrote. “Old friends and new asked me why I did not leave China after ‘the Chinese’ had treated me the way they did. My answer was, it was not ‘the Chinese’ but Chinese enemies of China.” [Source]

The article also includes a slideshow of Crook’s life.