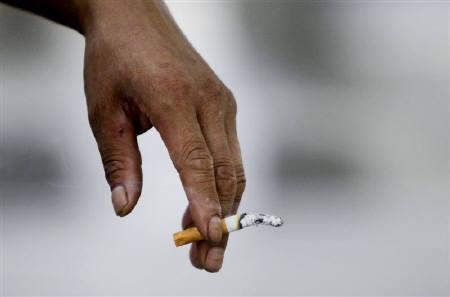 Looking to a recent report by the Research Center for Health Development [zh], the Global Times reports that tobacco production in China has nearly doubled since Beijing signed on to the WHO’s Framework Convention on Tobacco Control a decade ago:

Cigarette production in China has almost doubled since the nation signed a landmark international agreement to curb tobacco, meaning that the nation is only paying lip service to tobacco control legislation, according to a new report.

The report, Tobacco Control in China from A Civil Society Perspective 2013, compiled and released by the Beijing-based Thinktank Research Center for Health Development, found that about 2.175 trillion cigarettes were produced in the 12 months to October.

In 2002, before China signed the World Health Organization (WHO) Framework Convention on Tobacco Control in 2003, cigarette production was 1.75 trillion, but it rose to 2.58 trillion annually by 2012.

[…] In a 2012 WHO assessment report, China was only awarded two of a possible 16 points for its smoking ban in public places, namely schools and hospitals, while its curb on tobacco advertising won no credits. [Source]

In 2009, China raised the tax on tobacco products, and in 2011 a nationwide ban on smoking in public places went into effect, though enforcement remains weak. China’s tobacco industry makes large contributions to central and provincial government revenues, and has been known to fund primary schools. The massive industry presents a serious hurdle to curbing smoking in a country that produces more that 40% of the world’s cigarettes, and is home to over 300 million (25% of the world’s) smokers.

Another recent report from the Global Times notes that changes in the behavior of government officials could be instrumental in changing the nation’s attitude on smoking:

The anti-smoking advocacy group ThinkTank has urged Chinese government officials to take the lead to curb smoking in the world’s largest cigarette market.

Officials should not consume tobacco products purchased with government funds or accept any tobacco gifts, and they should refrain from smoking in public, according to ThinkTank’s annual report released on Tuesday.

[…] In a country where luxury cigarettes have become a common currency for bribery, ThinkTank’s latest anti-smoking appeals have proven very pertinent.

At least two officials in east China’s Jiangsu Province have been fired and then punished for corruption in past years after pictures of them smoking luxury cigarettes appeared on the internet.