Why Does China Coddle North Korea? 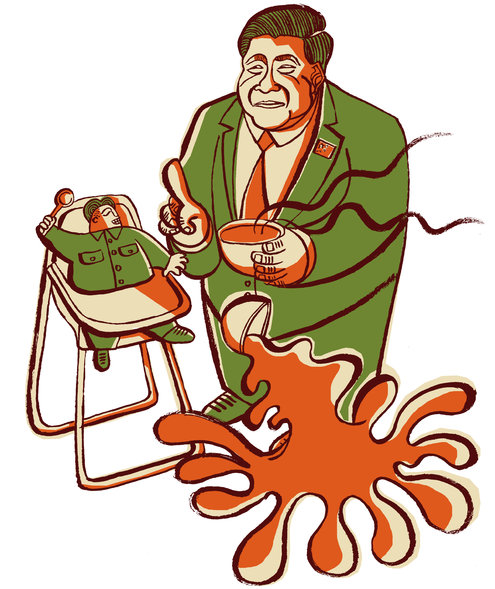 In an op-ed at The New York Times, Brookings’ Jonathan Pollack describes Jang Song-thaek’s execution last month as the latest episode in a thirty-year run of Chinese North Korea policy that “remains [almost] unblemished by success”:

Mr. Jang was China’s primary channel into the North. This did not make him Beijing’s man, but he had far more extensive international experience than any other leader in Pyongyang. His control of various business interests in the North and responsibility for special economic zones along the Chinese border enabled him to amass substantial economic power.

[…] North Korean officials linked to Mr. Jang now find themselves under suspicion; reportedly, others have also been purged or executed. Advocates of cooperation with China face greater risks as Mr. Kim consolidates his power and demands unquestioning loyalty from all subordinates. Without reliable allies in North Korea, China must deal with an impetuous and grandiose young leader who pays China very little heed.

The focus of “Secret State” is the movement of information into, and out of, one of the world’s most sealed-off countries. Its most dramatic element are snippets of film shot inside North Korea by members of an underground network of citizen journalists organized by a Japan-based news agency.

[…] The experts the program consults agree that change is taking place, but some are more optimistic than others about its pace.

“If a government is willing to kill as many people as necessary to stay in power,” says Andrei Lankov, a Russian expert on North Korea, “it usually stays in power for a very long time.” [Source]