‘Striking the Mountain’ and ‘Killing the Chicken’ 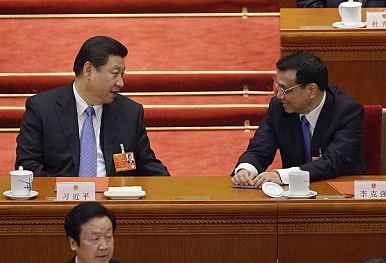 J.M. Norton at The Diplomat outlines two critical strategies Chinese leaders are using to manage the country: “strike the mountain to shock the tiger” and “kill the chicken to scare the monkey”:

The internal strategy aims to remove formidable leaders who previously headed powerful institutions in key segments of the Chinese system, namely the state security apparatus, the military establishment, and the oil sector. These leaders pursued their own agendas and jockeyed for power at the highest levels before, during, and after the current leadership’s transition period that occurred nearly two years prior. The external strategy concerns the United States, the greater power, as well as Japan, the Philippines, and to a lesser extent, Vietnam, collectively referred to as the lesser powers. These observations lead to some salient questions. What are the major internal and external drivers of these ongoing strategies? Why are Chinese leaders pursuing these two strategies? And what is their overall intent?

The prime drivers of the leadership’s strategies consist of two internal factors and one external factor. The internal factors are best explained by the “crisis theory.” This means the leadership is attempting to manage domestic crises that pose challenges to the current leadership’s new authority and threaten the stability of the state. Presently, crises are unfolding in the economic arena, and, to a lesser extent now, the political arena. The external driver comprises ongoing structural changes occurring in the regional architecture and the security domain in particular; this regional transformation is driven in large part by the U.S. leadership. Both the internal and external factors have push-pull effects; meaning, China’s internal situation shapes its external policies and actions and, at the same time, the external situations feedback into China’s domestic system and affect the internal situation.[Source]