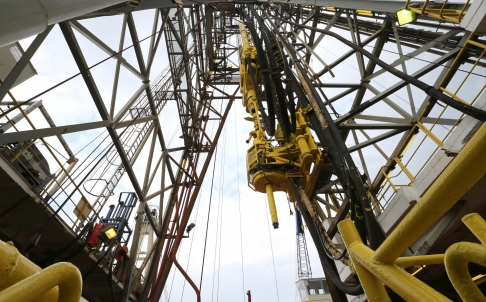 Andrea Chen at South China Morning Post reports that China is leading an international team of scientists on an oil and gas drilling expedition in the disputed territorial regions of the South China Sea:

Thirty-one geologists will drill at three sites for sediment and rock cores during the 62-day international expedition aboard the American scientific drill ship Joides Resolution.

Scientists said the samples would reveal the tectonic evolution of the South China Sea, and pave the way to map oil and natural gas fields.

[…] Proposed by Chinese scientists in 2008, the trip marks the first sailing of the 2013-2023 International Ocean Discovery Programme (IODP), an international scientific research effort established by the United States in the 1960s.

Dozens of proposals for the programme were submitted by the 26 IODP member countries. The proposal to drill in the South China Sea did not win the most votes, but the generosity of the Chinese government – which is paying US$6 million, or 70 per cent, of the expedition’s cost – was a deciding factor. [Source]

With tensions already mounting with the anchoring of China’s aircraft carrier Liaoning in the South China Sea, the drilling expedition is likely to elevate regional tensions as neighboring countries vie for the natural oil and gas deposits. Adam Pasick at Quartz reports:

Political tensions in the South China Sea have seldom been higher, with China’s  “marine identification zone” deemed a provocative threat to peace by neighboring countries and the United States. The vast area, variously claimed by China, the Philippines, Vietnam, and other southeast Asian countries, is hotly contested in part because it is thought to hold vast reserves of oil and natural gas.

It’s easy, then, to foresee some sticky scenarios emerging from an unusual joint research trip set to embark this week. Thirty-one geologists from 10 countries—including 13 from China and nine from the United States—will spend two months drilling rock samples in the South China Sea. The trip is funded mostly by China, but will take place on a US-operated drilling vessel, the JOIDES Resolution, under the auspices of the International Ocean Discovery Program.

If the group finds oil deposits, as a previous research expedition did in the late 1990s, it will raise the diplomatic stakes for the countries vying for control of the South China Sea waterways and islands, such as the Spratleys and Paracels. [Source]