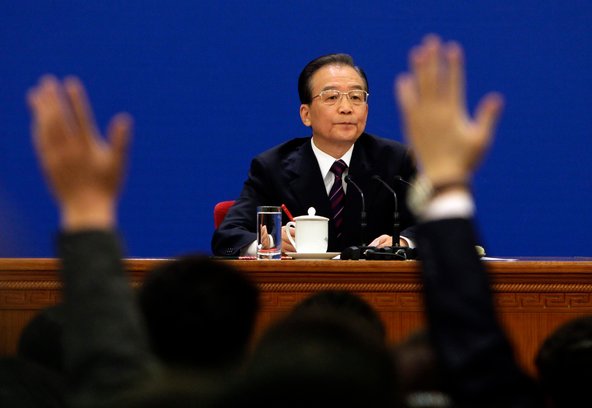 Former premier Wen Jiabao has denied using his office for personal gain in a letter to Hong Kong journalist Ng Hong-mun. From the letter, at The New York Times:

I have dedicated myself to my country for several decades, and worked diligently without daring to slack even in the slightest. I deeply love my motherland and countrymen. Seeking a fair and just society, I was only glad to sacrifice everything to the great work of national rejuvenation. The kind of perfection I pursue is the perfection of a person, the perfection of integrity, the perfect journey of fighting to realize one’s faith. I have never and would never abuse power for personal gain, because nothing can shake my faith. Now that I’m retired, I want to walk well this last journey of life. I came to this world naked and will leave this world with a clean conscience. [Source]

Wealth amassed by Wen’s family was the subject of a 2012 investigation by the Times’ David Barboza, which prompted a call for an official inquiry from Wen himself. (The report is also believed to have incurred hacking attacks and visa refusals and delays on the newspaper and its journalists.) It did not accuse Wen of any wrongdoing, noting that according to one WikiLeaked diplomatic cable, he was “disgusted with his family’s activities, but […] either unable or unwilling to curtail them.”

Nevertheless, suspicions have lingered. The AFP shed some light on why Wen may have chosen to address them now:

Recent reports of an official probe into China’s former chief of internal security, Zhou Yongkang, a onetime member of the all-powerful Politburo Standing Committee, could have prompted Wen to act, said Willy Lam, a politics specialist at the Chinese University of Hong Kong.

“I think the point of Wen Jiabao’s letter… is to pre-empt innuendo and speculation that he might be the next to go, after Zhou Yongkang,” Lam said.

“Because of the widespread publicity generated by the New York Times and other reports, there has also been speculation that Wen Jiabao could be the next one to come under the party discipline, if not public prosecution,” he added. [Source]

See more on Zhou Yongkang and the apparent campaign against him via CDT.