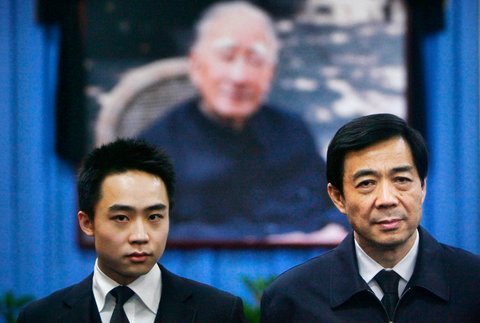 Sanlian Life published a 31-page cover story on Bo Xilai’s son, Bo Guagua, which stated that former Chongqing police chief Wang Lijun had received translation assistance from John Garnaut, a reporter from the Sydney Morning Herald, when he told U.S. officials that Bo’s wife had murdered British businessman Neil Heywood. Despite these accusations, Garnaut has denied his role in the story. From Edward Wong at The New York Times:

“My own cameo, well, that’s fantastic.To be the central player in the biggest China story of the decade and not even remember it.”

He said Michael Anti, the prominent Chinese blogger (real name: Zhao Jing), had made the same claim in an article in January 2013 for Southern Metropolis Weekly. As soon as that article appeared, Mr. Garnaut had contacted Mr. Anti to tell him about the error, and Mr. Anti issued a correction to the story, which was about foreign correspondents, on both Twitter and his Chinese microblog. Editors corrected the official version that appears on Southern Metropolis Weekly’s website. The original version can still be found on the Internet, though.

Mr. Anti said in a phone text message late Friday night that he had first read the “mistaken account” on an overseas Chinese website, but could not remember which one. In his Chinese microblog post on Jan. 30, 2013, he said he would in the future avoid relying on Chinese-language sources for reports on foreigners. “Shame on me,” he wrote in English. And he said he would invite Mr. Garnaut to coffee. [Source]