For Some Rural Officials, Poverty Pays 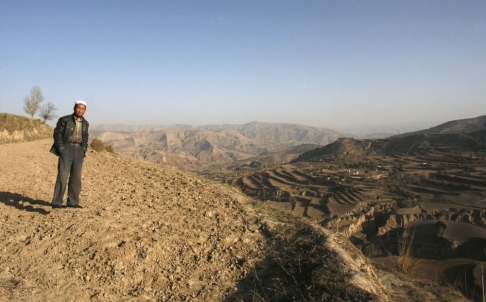 A report from the South China Morning Post looks at central government efforts to alleviate rural poverty by allocating funds to the country’s poorest counties, and how this policy is being abused by some local officials:

As part of its efforts to alleviate poverty, the central government each year gives tens of billions of yuan to 592 chosen counties it keeps track of with a list.

[…] Most of the counties are truly in need, home to farmers who fall below the official national poverty line of earning 2,300 yuan (HK$2,925) a year or less. But making the list can mean receiving millions of yuan in handouts.

“Counties compete fiercely to get onto the list,” said Du Xiaoshan, deputy director of the Rural Development Institute under the Chinese Academy of Social Sciences. “Once selected, some counties try all means to stay on it, so they can continue to enjoy the benefits.”

[…] Lawmakers questioned some aspects of the system at a meeting of the National People’s Congress Standing Committee in late December. “Some poor farmers would rather stay on the list to get subsidies, while some poor counties even celebrate publicly when deemed to be a ‘poverty-stricken county’,” Xinhua cited lawmaker Gu Shengzu as saying. [Source]

An editorial from the Global Times urges closer scrutiny of “poverty-stricken counties,” and a possible reconsideration of the central approach to rural poverty relief:

“Poverty-stricken counties” are those that are verified as so poor that the central government must provide them with direct financial assistance. However, this is not an embarrassing title for some county heads, but a lucrative way to obtain funding.

[…] Although the central government has offered specific guidelines on how to use poverty-relief funds, misuse is still common. And the allocation and uses of the funds are badly supervised. Citizens barely get public information on how the funds are spent, and don’t know how to check it.

[…] The central government must not ignore this hotbed of corruption and power abuse, especially misdeeds packaged in the wrapping paper of charity. Every penny of poverty relief should go to the needy.

Maybe we need to reconsider the whole poverty-relief funding system.  There are many poverty-stricken counties that stay on the list one year after another, receiving money from the central government again and again. From a certain perspective, they become “lazy” mentally, and rely on external help, rather than striving to achieve things themselves. It might be better for the government to teach them how to fish rather than simply offering fish all the time. [Source]