Xu Zhiyong and the Trial of the Chinese Dream 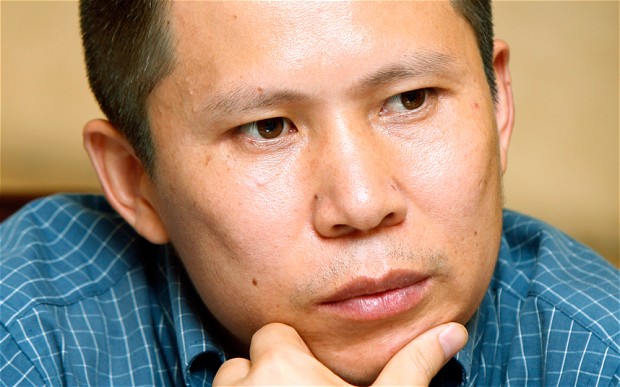 Civil society activist Xu Zhiyong will stand trial in Beijing on Wednesday, his lawyer said after a pre-trial hearing on Friday. From Tom Phillips and Malcolm Moore at The Telegraph:

Dr Xu will be accused of “assembling a crowd to disturb order in a public place”, charges his supporters say are part of a political campaign intended to silence him and other Chinese activists.

[…] In an interview with The Telegraph in Hong Kong this week, Teng Biao, a co-founder of the New Citizens’ Movement, said Xu Zhiyong, his long-time friend, “did not want to go to prison, but he has prepared well for it.”

“Even if they arrest 200 more – or 2,000 more [lawyers and activists] – they [the Communist Party’s leaders] cannot stop what is happening,” he added. [Source]

At The New Yorker, Evan Osnos draws a parallel between the crackdowns on the New Citizens’ Movement and other activists and on wayward weibo users:

There are many ironies embedded in this moment: Xi has made it clear that he believes his success, and the future of the Party, hinges on the Party’s ability to beat back corruption and restore the faith of his people, yet his administration is putting some of the country’s most zealous opponents of corruption on trial. The President has said that innovation and disruptive thinking will be vital to propelling China from a manufacturing-based economy to a new, more creative era, and to sustaining its economic engine, yet his government is working to curb the most dynamic realm of its new digital culture.

The explanation for these paradoxes is not mysterious: the President is betting that he can rally the loyalty of his people around the official version of the Chinese dream and tamp down a discordant chorus of alternatives. He may succeed. But the prosecution of Xu Zhiyong and his Chinese dream is a reminder that the desire to imagine a different future for the country existed before, and it is likely to return when it has the chance. [Source]