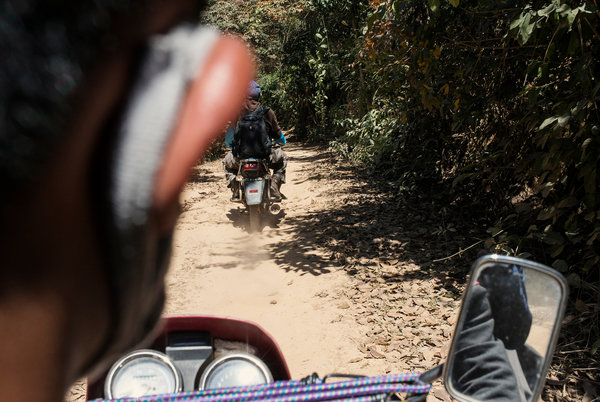 The smuggling route into this rebel-run jungle outpost just over the Chinese border begins on the back of a motorcycle that takes passengers through steeply terraced rubber plantations, and skirts the official crossing before ending at an outdoor market where bedraggled prostitutes mingle with Chinese tourists haggling over tiger claws, bear paws and desiccated squares of elephant skin.

At $14 each way, the 20-minute ride is a relative bargain, although the price does not include payoffs to teenage Burmese insurgents at impromptu checkpoints along the way.

Tucked into the verdant forests of Myanmar’s eastern Shan State, Mong La is better known here by its Chinese name, Xiaomengla, in part because the vast majority of its residents are Chinese, as are most of the illegal day-trippers, drug mules, Christian missionaries and comely young croupiers who work in the city’s 20 casinos, most of which are Chinese-owned.

Mong La has a hilltop Buddhist temple and a picturesque colonial church, but vice and self-indulgence, not sightseeing, are the city’s main draws. “There’s not much to do here but gamble and eat wild animals,” one Chinese matron said with a jaded sigh. [Source]

Others also take advantage of Myanmar’s relative lawlessness and porous border. The Globe and Mail reported in 2011 on heavy logging in Myanmar by Chinese companies dodging stricter regulations in neighboring Yunnan. “Soon the trees will be all cut,” one manager said. “Without the trees, there will be only mountains. So we will look into mining them.”