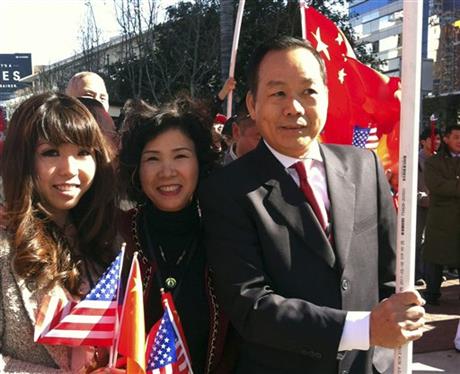 U.S. businessman Vincent Wu, who has been detained in China since 2012, stood trial in Guangzhou on Monday for his alleged role in organized criminal activities including kidnapping and operating illegal casinos. AP reports:

Authorities in southern China have accused Vincent Wu of gang crimes but Wu’s family and lawyers say he’s a law-abiding businessman whose rivals have framed him to seize his assets.

[…] Wu is charged with getting an associate to throw acid at a judge who ruled against him in a lawsuit, and with ordering thugs to set fire to sheds owned by farmers who refused his offer of compensation to clear off land he wanted to develop.

Wu is also accused of operating illegal casinos that raked in 48 million yuan ($7.8 million) and of attacking or kidnapping people who crossed him in various disputes.

The businessman has also alleged that he was tortured in detention, telling his lawyers he had been beaten, kicked and strung by his arms from a ceiling beam as police tried to force him to sign a confession. [Source]

Wu was born in China, but left for Hong Kong in the 1970s, and then in 1994 for the U.S., where he later became a citizen. His American passport has offered no protection, however. From Mimi Lau at South China Morning Post:

The court cited a Ministry of Public Security statement deeming Wu to be a Chinese national, as he entered the mainland using his Hong Kong resident’s home-return card. China does not recognise dual citizenship.

“The court regarded him as a Chinese national without going through diplomatic procedures and yet it allowed the presence of a US diplomat in the court,” said Wu’s legal adviser, Li Zhuang . “The Ministry of Public Security stripped away his US citizenship. This is clearly ridiculous.”

[…] Steve Brault, chief of the American Citizen Service at US consulate in Guangzhou said he would continue to monitor the case closely, but declined to discuss specific measures. “Vincent Wu is a US citizen. We take the welfare of detained US citizens very seriously,” he said. [Source]

China’s Nationality Law states that “any Chinese national who has settled abroad and who has […] acquired foreign nationality of his own free will shall automatically lose Chinese nationality,” and Wu told the court that “in 1999, I pledged my loyalty to the US, not to any other country.” Use of the Hong Kong home-return card, however, is restricted to Chinese nationals. The U.S. State Department warns that dual nationality “may limit U.S. Government efforts to assist nationals abroad,” and that it “does not encourage it as a matter of policy because of the problems it may cause.”