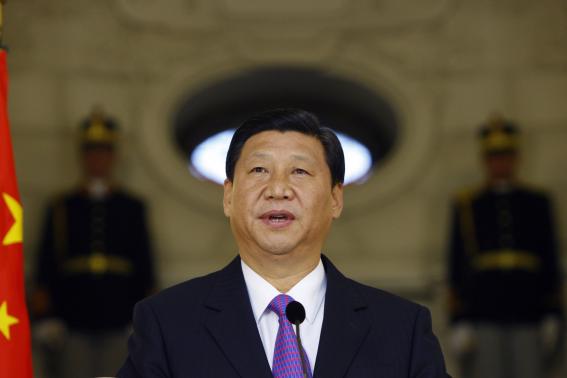 On an upcoming visit to Germany, President Xi Jinping is planning to send a message to Japan by focusing on his host’s World War II past, according to a Reuters report. Tensions between China and Japan have been on the rise in recent months due to the ongoing dispute over the Diaoyu (Senkaku) islands, and were further exacerbated when Prime Minister Shinzo Abe paid a visit to the controversial Yasukuni Shrine in December. Xi’s goal in Germany, according to Reuters, is to contrast the responses in Japan and Germany to their wartime history in order to embarrass Japan, but the German government does not approve. From Reuters:

“China wants a strong focus on World War Two when Xi visits Germany and Germany is not happy,” said one diplomatic source who has been briefed on China’s plans for the Xi trip.

The German government declined to comment. But the diplomatic sources said Germany did not want to get dragged into the dispute between China and Japan, and dislikes China constantly bringing up Germany’s painful past.

A second diplomatic source with knowledge of the trip said China had proposed Xi visit the Holocaust Memorial in Berlin. When that was immediately rejected by Germany, Beijing suggested Xi go to Berlin’s Neue Wache Memorial, which honors war dead but not recognized war criminals.

“The Holocaust is a no go area,” the source said, adding it was unclear if the Neue Wache Memorial visit would go ahead. [Source]