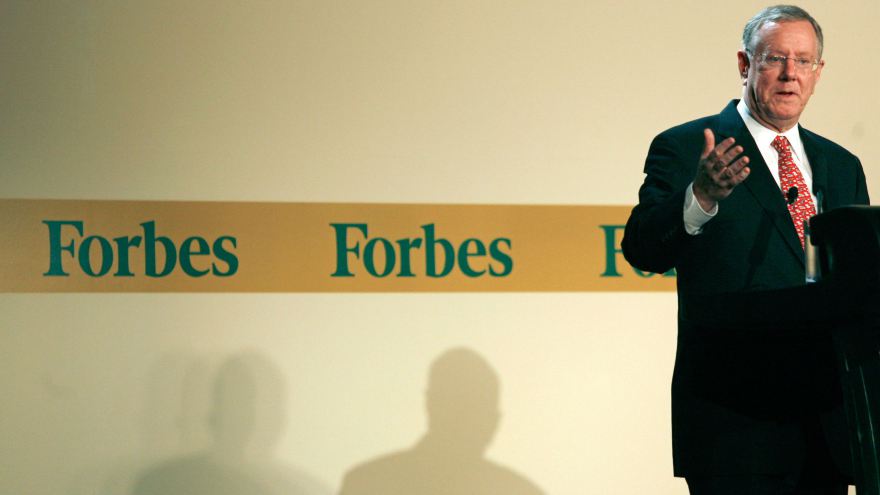 Lily Kuo at Quartz reports that Chinese conglomerate company Fosun International is negotiating to pay  ‘less than $250 million’ for Forbes.

A Chinese conglomerate on a global buying spree is reportedly in talks to buy Forbes Media—although for much less than the Forbes family has been hoping. Fosun International—which most recently bought JP Morgan’s Chase Manhattan Plaza, Portugal’s biggest insurance company, and Club Med, a European holiday company—is nearing a deal to buy the American business magazine and website for less than $250 million, according to a report by The Street.

That’s well below the previously reported $400 million price tag for the famed business magazine and its website. The lower price could be the result of a couple of scenarios, as Fortune’s Dan Primack points out. But the fact that Fosun, which already publishes Forbes’ Chinese-language edition, now seems to be the likely buyer points to a larger trend of cash-flush Chinese investors going after American trophy businesses and properties.

The chairman and largest shareholder of Fosun is Guo Guangcheng, 47, popularly known as ”China’s Warren Buffett.” The self-made billionaire has said he admires Buffett’s model of buying low-cost projects and then selling them at a premium—and Buffett has been known to dabble in the journalism business, as an investor in the Washington Post and through the purchase of several papers by his Berkshire Hathaway holding company. Earlier this year, another Chinese magnate attempted to buy the New York Times—though his attempts were largely dismissed as a quest for publicity. [Source]

Forbes announces ranking of the richest in China for 2004