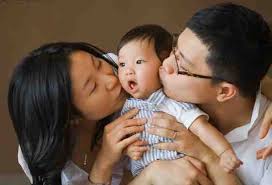 On Friday, Tianjin municipality relaxed the one-child policy, the country’s fourth city to do so, following east China’s Zhejiang, Jiangxi and Anhui provinces.

“Provincial-level governments in Beijing, Guangxi, Hubei and Jiangsu have announced their intentions to relax the policy in March. Others, including Hunan, Qinghai and Shanghai, promised changes in the first half of the year,” official news agency Xinhua reported.

The changed policy has been more than welcomed with many urban couples, according to state media, who are ready to opt for a second child.

In a survey released by the China Population Welfare Foundation, 71.4 percent of people with a monthly income of more than 20,000 Yuan (around Rs. 2 lakh) would like a second child. [Source]

Despite this opening up, some Chinese parents say they cannot afford a second child given the rising costs of living in today’s China. From Bloomberg:

Rosa Xia, a 39-year-old mother in Shanghai, is allowed to have a second child. She doesn’t think she can afford it.

She reckons a fifth of the 6,000 yuan ($989) a month she earns as a Shanghai nanny goes to her 12-year-old daughter Amy: saxophone and ballet lessons, on top of food and school. Then there’s saving for her only offspring’s college education.

[…] Doting parents like Xia help explain why China’s move to ease family-planning rules is unlikely to reverse falling birth rates that have saddled the country with a shrinking labor pool and aging population.