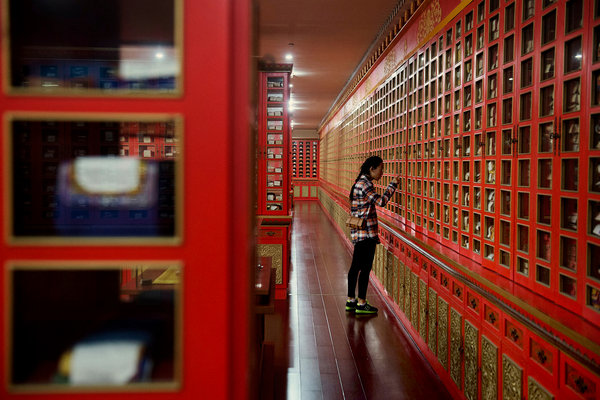 An American scholar of Tibet has collected thousands of Tibetan language books and donated them to Chengdu’s Southwest University for Nationalities, in a new library which has recently opened to the public after a series of delays. The library contains 12,000 historic texts, many of which have been collected from Tibetan refugees. From the New York Times:

Despite Beijing’s tight control of Tibetan scholarship, the collection’s donor, E. Gene Smith, insisted that the books be shipped here from their temporary home in New York, because as he told friends, “they came from Asia, and Asia is where they belong.” Just to be safe, he created a backup digital copy of every text.

[…] Under ideal circumstances, the collection might have ended up in Lhasa, the Tibetan capital, which is 1,200 miles from Chengdu, but government policies that require a permit for non-Chinese visitors and onerous restrictions on foreign journalists seeking to travel to the region would have interfered with Mr. Smith’s goal of making the books freely available to scholars from around the world.

[…] “There is a magical trajectory in many of these works, which fill the gaps in Indian and Chinese intellectual history,” Professor van der Kuijp said. “It’s like a larger mosaic with missing pieces that are slowly being filled in.” [Source]

Read more about Smith’s Tibetan Buddhist Resource Center, which is “dedicated to seeking out, preserving, organizing, and disseminating Tibetan literature.”