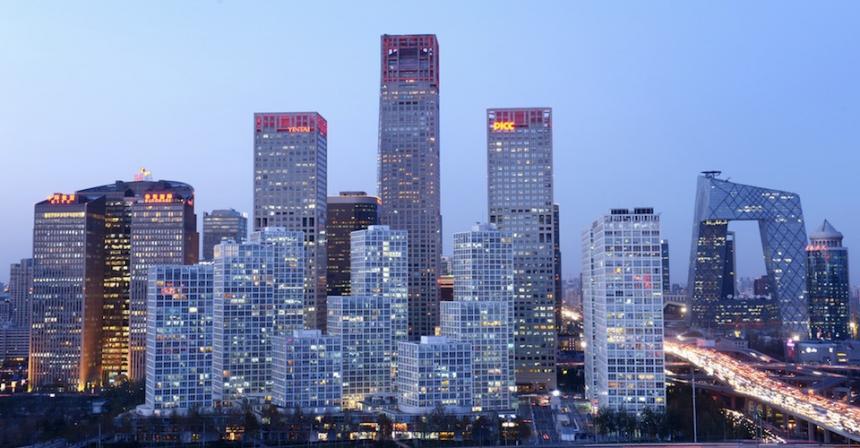 After Caijing recently published an article [zh] claiming that Baoding is soon to become China’s “auxiliary political center” (政治副中心), officials have quickly denied the magazine’s claim. The Hebei city of Baoding has a population of about 11 million, and lies approximately 140 km southwest of Beijing. From the Global Times:

Officials on Wednesday denied claims that Baoding, a city in Beijing’s neighboring Hebei Province, had been chosen as a location to devolve some central government functions.

According to Caijing magazine, governments in Beijing, Tianjin and Hebei had reached agreement to make Baoding the primary choice for an auxiliary political center after Beijing. The move would counteract Beijing’s dominance as the nation’s political, cultural and economic center.

Liu Feng, spokesperson for Baoding government, rapidly denied the report. Liu told The Beijing News that he had never heard the news and only learned of it from the Internet Wednesday morning.

Other sources contacted by the Global Times, including one with the National Development and Reform Commission, also claimed they had no knowledge of the move.

Although the accuracy of the information remains unknown, many details released in the Caijing report looked surprisingly persuasive. […] [Source]

As we wait to see what happens in Baoding, Tea Leaf Nation’s Rachel Lu notes that this isn’t the first time the establishment of a new political seat has been alleged, and briefly describes strain from Beijing’s ever-swelling population:

It’s not the first time — nor, in all likelihood, will it be the last time — that talk of a capital move has fired the public imagination. In February 2012, an unfounded Internet rumor claimed that a town in central Henan province was one of the top choices for a new seat of government. Compared to that, Baoding seems like a credible choice. It lies about equidistant from Beijing and Tianjin, another large municipality, and since 2004, the central government has sent signals about strategic urban planning that would “integrate” Beijing, Tianjin, and the surrounding areas in Hebei.

Beijing has been China’s capital for most of the past 700 years, but a city originally built to house palaces and to fend off Mongols now groans under the weight of its 21 million inhabitants and 5 million cars. Multiple subway lines have opened since 2008, but the subway only seems to get even more crowded, with single-day ridership reaching 10 million in March 2013. An April 2012 report by the International Monetary Fund showed a 750-square-foot apartment in Beijing costing over 22 times average annual pretax income there in 2011. That makes even apartments around Beijing’s peripheral Fifth Ring Road, which lies over 10 miles from the city center, a “pipe dream” for the average white-collar worker. [Source]

Also see a report from the Financial Times analyzing the rapid market reaction to Caijing’s news.