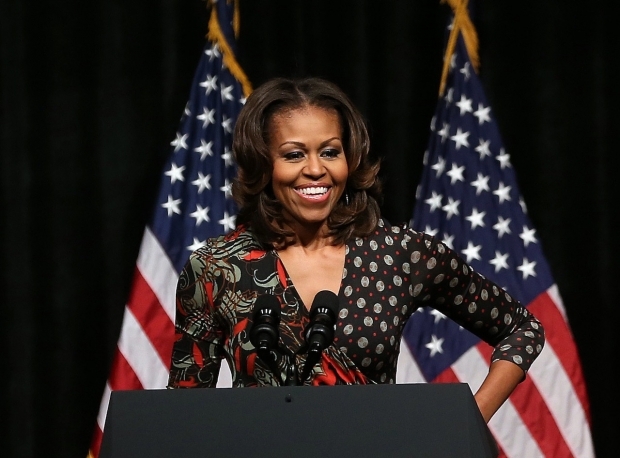 The White House says politics will not be on the itinerary of Michelle Obama’s tour of China. She will give no interviews and no reporters will be traveling with her. This is a shame, especially since the First Lady’s visit comes just one week after a prominent, female rights activist, Cao Shunli, died in custody because Chinese authorities denied her lawyers’ requests to have her released on medical parole, according to rights groups. Cao had pressured Beijing to include the input of Chinese civil society in the Chinese government’s report to the U.N. Human Rights Council, but she was detained at Beijing’s international airport in September while attempting to leave for a training program in Geneva.

In recent years, contrary to many claims made in the media, women in China have experienced a dramatic rollback of rights and gains relative to men. The gender wealth gap is widening sharply, female labor force participation in the cities is dropping, women’s property rights have been dealt a severe blow with the 2011 re-interpretation of China’s Marriage Law, and the proportion of women in the Party’s Central Committee has fallen to a dismal 4.9 percent. [Source]

At Bloomberg, Adam Minter describes the “symbolic” visit between the first ladies as “demeaning” in light of their impressive professional backgrounds:

Of course, sometimes that’s the nature of diplomacy, and whether we like it or not, the wives of world leaders are occasionally its accessories. But there is something uniquely demeaning in the Obama-Peng meeting, and it largely has to do with the pre-presidential lives of the two formidable women who must attend it. Michelle Obama, after all, is a Harvard-educated lawyer who served as her family’s primary breadwinner while her husband toiled in a state legislature. Peng Liyuan, one year older than Obama, is a major general in the People’s Liberation Army and a celebrity singer who was famous across China when her husband was working in backwater Communist Party outposts.

If ever there were two first ladies capable of more, it is these two. Family, career choices and circumstances mean that they’ll have to stick, instead, to the symbolic roles they have both accepted. Nonetheless, when the two first ladies pose silently for the cameras on Thursday, it might be worth asking whether it’s time to retire those roles altogether. [Source]

While both first ladies are accomplished, Jonathan Kaiman at The Guardian emphasizes their differences:

Yet when Michelle Obama, 50, arrives in China on Thursday to meet her 51-year-old Chinese counterpart Peng Liyuan, the two will also make a fascinating study in contrasts. If Obama’s narrative is one of resilience, Peng’s is one of restraint. While Obama’s celebrity is a time-honoured tradition, Peng’s is an uncomfortable experiment, a near-unprecedented PR move by a notoriously stern-faced regime.

Obama will arrive in Beijing with her daughters Sasha and Malia, and her mother Marian Robinson, for a week of sightseeing and speeches about people-to-people exchange. Peng will accompany her during a visit to a Beijing school, a dinner and a performance. Obama will address American and Chinese students at the prestigious Peking University and then head south for a whirlwind tour through the cities of Xi’an and Chengdu. [Source]

Peter Foster at The Telegraph adds that the meeting between Peng and Obama may glaze over a previous faux pas:

When Michelle Obama declined to attend a crucial “shirtsleeves” summit between her husband and the newly promoted president of China last June, it was widely seen in Beijing as a stinging political snub.

The meeting was to be an unprecedented pairing of first ladies; Xi Jinping’s wife, an elegant People’s Liberation Army singer, has enough star power inside China to match her American counterpart. When Mrs Obama cancelled, it sent a signal that Peng Liyuan was an unwanted guest.

Nearly nine months later, however, the Chinese public will this week finally get the chance to see the two women together when Mrs Obama takes her two daughters, Malia and Sasha, on a six-day half-term break to China that will be part family getaway, part international soft-power diplomacy. [Source]