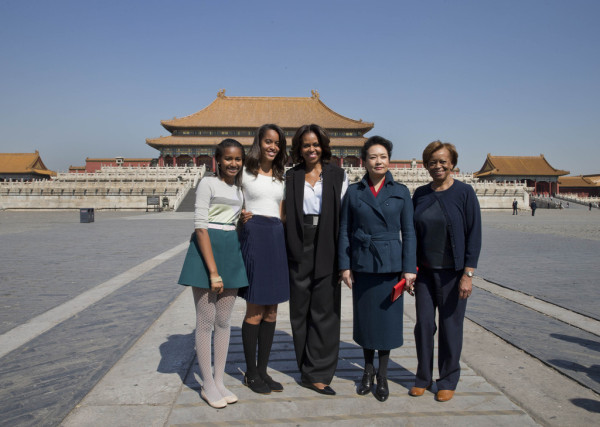 While First Lady Michelle Obama’s trip to China has largely steered clear of politics, she gently called for respect for universal rights and freedom of expression in a speech at Peking University today. The Washington Post’s Krissah Thompson reported before the speech:

The U.S. first lady will also broach the issue of censorship from a personal vantage point — discussing the criticism that surfaces about herself and her husband as part of the robust public dialogue in the United States, aides said.

“It can be messy,” said Tina Tchen, the first lady’s chief of staff. “She and her husband have certainly experienced it but would not trade it for the world.”

The planned remarks at Peking University illustrate Obama’s decidedly soft-diplomacy approach during her week-long trip to China, sending gentle messages on a few thorny issues while avoiding any hint of lecturing. [Source]

Calum McLeod of USA Today reported on the speech itself:

“When it comes to expressing yourself freely, and worshipping as you choose, and having open access to information – we believe those are universal rights that are the birthright of every person on this planet,” Obama told an audience of Chinese and U.S. students at the Stanford Center of Peking University.

Without specifying her target, it was clear the remarks were aimed at China, which heavily censors the Internet, jails citizens who speak too freely on political subjects, and restricts religious groups. [Source]