From Myanmar, on Media Freedom and Responsibility 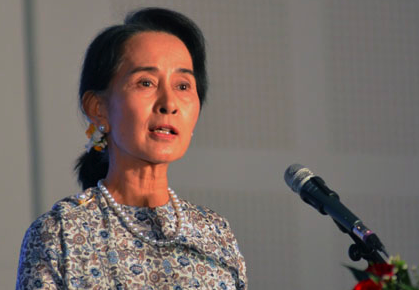 At China Media Project, Qian Gang reflects on recent relaxations of media controls in Myanmar that have inspired envy among Chinese journalists, and on Aung San Suu Kyi’s warning that the press must “be aware not just of its great power and influence, but of the great responsibility that it bears.”

Freedom and responsibility are both essential to the media. But the situation in China with respect to freedom of speech lags so far behind that of Myanmar, and the circumstances journalists in either country face are so different.

In China, media are subjected to stringent controls. The ideals of freedom of speech and freedom of expression enshrined in Article 35 of the Constitution have in actual fact become a mockery. On the one hand, the Chinese Communist Party bitterly attacks the notion of freedom of speech, and on the other it shouts at the top of its voice about “the responsibility of the media.” In China, “responsibility” is much more than official-ese filling one’s ears — it is a weapon with which the government beats the media down.

Read more on remaining obstacles to press freedom in Myanmar from Christina Larson and Peter Popham, who reports the view that “the straightforward tyranny of military rule has been replaced by the plots of the powerful, controlled from behind the scenes.”