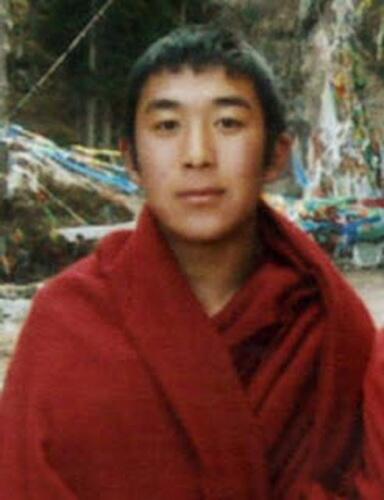 At The New York Times, Tibetan writer Woeser marks the recent fifth anniversary of the first of well over 100 Tibetan self-immolations:

On Feb. 27, 2009, three days into the Tibetan New Year, a 24-year-old monk in his crimson and yellow robe emerged from the confines of the Kirti Monastery into the streets of Ngawa, in a the Tibetan area of southwestern China. There, in the shadow of a 98-foot-tall monument to the gods of longevity, the man burst into flames — thus sparking the first of many self-immolations that spread across the Tibetan regions of China.

[…] The number of self-immolations peaked at 28 in November 2012, when a new slate of national leaders was installed during the 18th Communist Party Congress in Beijing. It was evident that the self-immolators were hoping that they could spur the new leaders toward a policy shift on Tibet.

But these hopes soon faded. Once the party’s chosen ones assumed their positions, they declared war on self-immolation, with harsh measures against “accessories,” meaning family members and relatives, villagers and even the monastery associated with any self-immolator. Since then, several hundred Tibetans have been arrested and imprisoned; many more have been given stiff fines and even barred from making pilgrimages to holy sites.

Of late, there have been far fewer self-immolations. But it would be wrong to see this as a sign that Beijing has gained the upper hand. [Source]

Read more from Woeser on Tapey’s case at High Peaks Pure Earth, and on the self-immolations in general and Woeser herself via CDT.