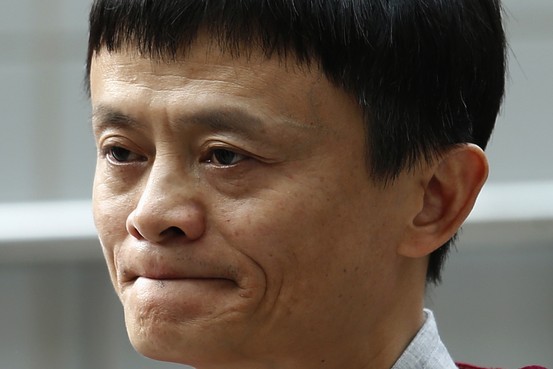 Jack Ma, the founder of Alibaba Group, is creating “one of Asia’s largest philanthropic trusts” with $3 billion in share options. The Wall Street Journal reports:

Mr. Ma and Joe Tsai, who founded Alibaba Group Holding Ltd. 15 years ago, have set up trusts funded by share options that represent about 2% of the company’s current equity, Alibaba said Thursday.

The company didn’t put a value on the stake, but the move precedes a highly anticipated initial public offering in New York this year that could value Alibaba at up to $150 billion, if not more. That would value the trusts at roughly $3 billion.

The move could put a positive face on Mr. Ma and the Chinese company ahead of the IPO, which could raise $15 billion from investors and rival Facebook Inc.’s 2012 public listing. Overseas investors sometimes are skeptical of Chinese companies for a range of reasons, including governance issues, transparency and Beijing’s heavy role in business there.

It is by far the largest endowment of its kind in China, say experts, and could rival one named after Hong Kong billionaire Li Ka-shing. By comparison, Mark Zuckerberg and his wife, Priscilla Chan, topped the list of U.S. charitable givers in 2013 with a donation of $992.2 million, primarily to the Silicon Valley Community Foundation, according to the Chronicle of Philanthropy. [Source]

The trust is designed to focus on issues related to health care and the environment. Josh Noble at The Financial Times reports:

Mr Ma said in a press release that the trusts would focus on battling pollution and improving healthcare in China, and that he hoped to inspire others “to join us in our philanthropic efforts”.

“We hope to live in a world with bluer skies, cleaner water and better access to healthcare”, said 49-year-old Mr Ma, a former English teacher. “I am extremely focused on the environment, medical care and education in China but concern and complaints cannot change the current situation. I am passionate about actively contributing and helping to solve these problems.” [Source]

Ma has been featured as one of the Time’s 100 most influential people.