China And Russia Block Referral Of Syria To Court 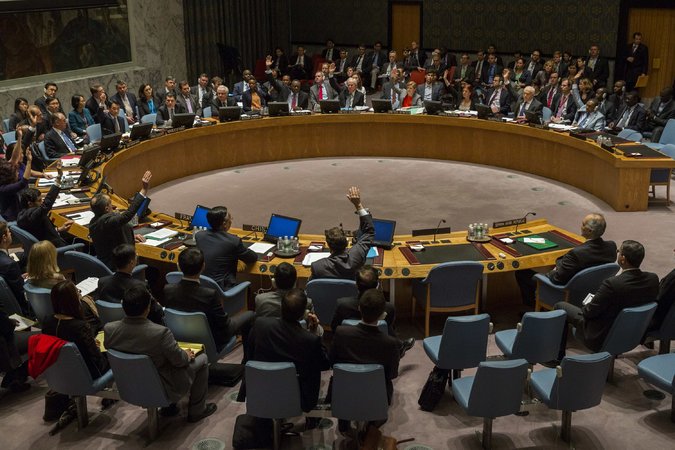 Somini Sengupta at The New York Times reports that “China and Russia voted Thursday against a Security Council resolution that would have empowered the world tribunal to go after perpetrators of crimes against humanity in Syria”:

Before the vote, the United Nations deputy secretary general, Jan Eliasson, issued a poignant rebuke. “If members of the Council continue to be unable to agree on a measure that could provide some accountability for the ongoing crimes,” he said, “the credibility of this body and the entire organization will continue to suffer.”

Now those who demand accountability for war criminals in Syria will have to prepare other options, potentially including ones outside of the International Criminal Court. One option could be setting up a special tribunal, which American officials have privately suggested in the past. Another could involve plucking war-crime suspects from Syria when they travel abroad — to go shopping or attend a child’s college graduation, for instance — to be tried under universal jurisdiction laws. A third could involve a General Assembly resolution under a provision called Uniting for Peace, which can be invoked when the Security Council is believed to have failed to do its job in maintaining peace and security.

“In the face of mounting crimes, and 150,000 dead, the international community must think creatively about how to ensure accountability in Syria — with or without the Council,” Beth Van Schaack, a law professor at Santa Clara University and a former special adviser to the State Department, wrote Thursday on a legal blog called Just Security.

[…] The French ambassador to the United Nations, Gérard Araud, described China’s and Russia’s decisions to vote against the resolution as akin to “vetoing justice.” [Source]