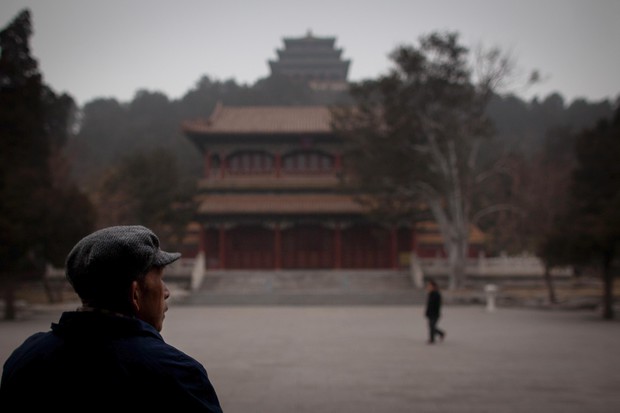 As China faces a surge in dementia cases with weakened social support systems and only 300 specialist doctors nationwide, a group of doctors has revived calls for a less stigmatizing Chinese name for the condition. From Daryl Loo at Bloomberg News:

Worried that many people with dementia are so self-conscious they won’t seek treatment, Chinese psychiatrists are calling for professionals and patients to adopt a new term.

“The Chinese name implies that patients are both mentally ill and severely stupid, so the stigma is doubled,” said Helen Chiu, a professor of clinical psychiatry at the Chinese University of Hong Kong and the lead author of an editorial in the International Psychogeriatrics journal. The eight doctors who signed the piece advocating a change are from China, Japan, South Korea, Taiwan, Singapore and Switzerland. [Source]

Attitudes toward sufferers themselves are not the only ones in need of change, Shanghai Jiao Tong University’s Michael Phillips told Scientific American last week. Phillips described dementia in China as “a juggernaut that’s coming down the pike.”

Why do nursing homes lack sufficient medical staff?
Nursing is such a low-status job in China, that’s one problem. So is psychiatry, so attitudes need to change. Another problem is that people have resisted the idea of services for the elderly. About 50 years ago Shanghai, which is always ahead of the curve, set up nursing homes but the elderly refused to go there. The city was trying to get ahead of the trend but it ended up giving up on the initiative.

[…] How would you like to see the psychiatric profession evolve in China in the next few decades?
In the last 10 years, especially with the new mental health law, things have accelerated faster than one could have imagined. Still there are a couple things I’d like to see happen that aren’t happening. I get the sense that physicians and psychiatrists need to become more compassionate. They see themselves as mechanics of the body or brain. There is wholehearted acceptance of the biological view of psychiatry, but the compassionate side is often lacking in China. Yet compassion is our most important tool. [Source]

The inadequacy of medical support is sharpened by the erosion of traditional care in the family. From Rachel Lu at Foreign Policy, on a recent report by the National Health and Family Planning Commission:

For thousands of years, elderly Chinese had lived with their children and grandchildren, but that is rapidly changing too, as young people leave their hometowns for education and employment opportunities. According to the report, 90 percent of China’s elderly live at home instead of assisted living facilities. But their children and grandchildren often choose not to live with them, or cannot live with them. The problem is particularly acute in rural areas: Millions of young farmhands have left for factories and construction sites, while rural social security and healthcare resources are comparatively sparse, leaving many elderly to fend for themselves in squalid conditions.

[…] According to the report, over 40 percent of senior citizens above the age of 80 live alone. The report cites another study that shows 37.5 million elderly Chinese citizens lacked the ability to care for themselves in 2013. A quarter of all elderly lived below the poverty line. In a survey released by the NHFPC, 80 percent of Chinese households say they are worried about supporting their elderly relatives. [Source]