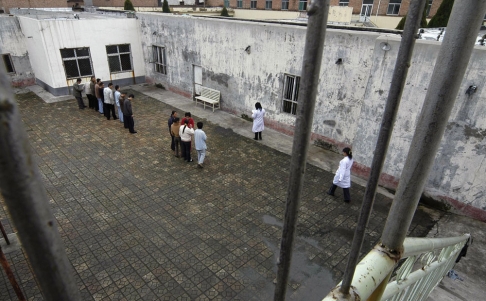 China’s new mental health law, for all its faults, has substantially addressed the problem of inappropriate institutionalization, according to South China Morning Post’s Alice Yan. But many already within the system remain trapped long after doctors recommend their release:

“Since the law was promulgated, involuntary hospital admissions have become almost impossible, except in cases where the patients are seriously mentally disturbed,” said Dr Xie Bin , vice-president of Shanghai Mental Health Centre. But he admits that problems in hospital discharging have become “prominent”.

The law now details procedures for hospital admission but says little about the discharge process, except that patients unable to handle it themselves require their guardian’s consent.

Xie said that in many cases after psychiatric hospitals informed guardians that patients could be released, they didn’t show up. Patients ended up staying unnecessarily, sometimes for 10 years or more.

[…] Last year, the Beijing Youth Daily quoted Li Wenxiu, deputy -director of the capital’s Haidian district mental health hospital, as saying about half its 300 inpatients should be discharged based on the hospital’s own assessment. But when they called relatives, they opposed the release. Such patients are trapped. [Source]

Aside from the plights of the patients, this leads to misallocation of scarce resources. The article highlights a 2009 figure from The Lancet: that only one in twelve Chinese who need psychiatric help are able to see a professional.

The Post reported last week a legal victory by Wu Chunxia, who was held in a psychiatric for over four months before the new law passed and forced to undergo treatment for paranoid schizophrenia. She claims that doctors listed petitioning the All-China Women’s Federation for help with domestic abuse as one of her symptoms.