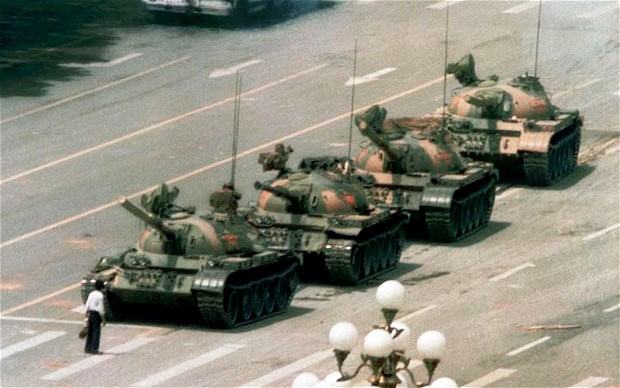 Amid tight restrictions ahead of the 25th anniversary of the 1989 June 4th crackdown, Sina has deleted the Weibo account of Kong Qingdong, a professor of Chinese studies at Peking University and prominent nationalist who took part in the 1989 protests as a student. From Austin Ramzy at the New York Times:

A report in Ming Pao, a Chinese-language newspaper in Hong Kong, said the disappearance of Kong Qingdong’s account on Friday was probably due to his reply the day before to a person who claimed he was a solider in 1989 and said the armed response was necessary to protect the government.

“Nonsense,” Mr. Kong wrote, according to Freeweibo.com, a site that collects deleted Weibo messages. “There was no riot. It was just framing them after you bloodily mowed them down. Can you name one student who was rioting?”

[…] Mr. Kong, a neo-Maoist and 73rd-generation descendant of Confucius, often provokes anger with his online postings and his comments in interviews. He is best known for his pugnacious criticism of the West, for which he has earned a wide following and many critics. [Source]

Meanwhile, Malcolm Moore at The Telegraph tells the story of Miao Deshun, the only Tiananmen protestor arrested who is still known to be serving time in prison.

Miao Deshun was a factory worker who became wrapped up in the chaos of the Tiananmen protests. Together with four friends, he was arrested for arson as he battled the army on the streets of Beijing.

“According to our records, at present he is the one prisoner still in prison,” said John Kamm, the director of the Dui Hua Foundation, which has successfully lobbied for the release of several prisoners from the Tiananmen protests.

Workers like Mr Miao, who took to the streets to fight, were hit with far harsher sentences than the students peacefully occupying Tiananmen Square, Mr Kamm said. Dui Hua estimates that “fewer than 100 people” were even executed.

[…] A cellmate who spent time with Mr Miao in Beijing’s No.1 prison, where he was initially confined, said that his sentence had been extended because he refused to cooperate with the prison authorities. The man asked not to be named in fear that he might be targeted for speaking out. [Source]

CDT is posting a series of news articles from 1989 to mark the 25th anniversary of the June 4th movement.