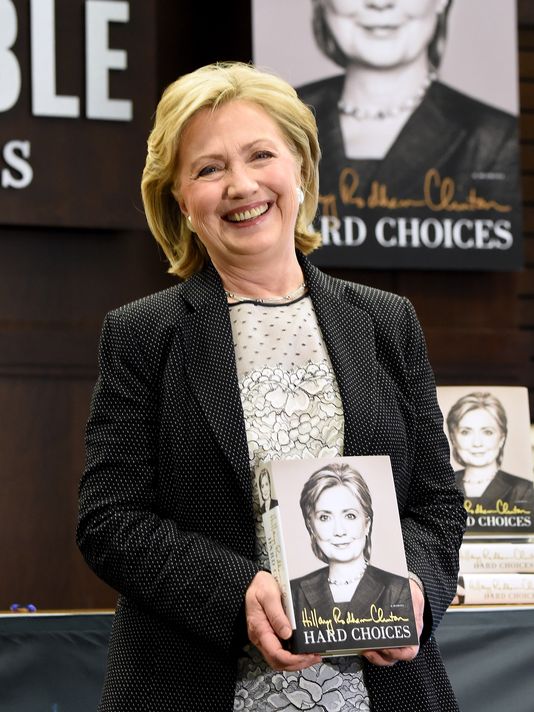 The president of Simon & Schuster said in an interview with BuzzFeed that Chinese publishers have refused to distribute Hillary Clinton’s Hard Choices.

Chinese publishers have declined to purchase translation rights to Hard Choices, an account of Clinton’s four years as secretary of state, her publisher told BuzzFeed.

The book will not be sold in English either: One of China’s largest import agencies will not allow distribution of an English-language edition. The day after Clinton’s book hit stores in the U.S., executives at Simon & Schuster were told by Shanghai Book Traders, which supplies foreign books to Amazon China, that the title would not be approved for sale in China. The decision came only after the agency was able to screen the book, the publisher said. As a result, Hard Choices was removed from the country’s Amazon site.

[…] Simon & Schuster president Jonathan Karp said in an interview that China’s response to Clinton’s book amounts to an “effective ban” by the country.

“It’s outrageous and unfortunate,” Karp said. “And it’s a pretty clear indication of the low level of intellectual freedom in China right now.”

Clinton’s book, a 656-page retelling of her tenure at as secretary of state, is critical of the Chinese government. She details its censorship practices and characterizes the country as “full of contradictions” and the “epicenter of the antidemocratic movement in Asia.” [Source]

Clinton’s memoir, which is a retelling of her tenure as secretary of state, includes a number of anecdotes that are critical of China’s leaders. From The Guardian:

The book, in which Clinton retraces her four-year tenure as US secretary of state, contains a number of scenes which paint China’s leadership as rigid and oppressive. “It’s not a secret that the centre of the anti-democratic movement in Asia is China,” she writes.

Clinton castigates the Chinese government for censoring a broadcast of her 1995 address to the UN conference on women in Beijing, and dedicates a chapter to negotiations over the blind activist Chen Guangcheng, who sought asylum at the US embassy in spring 2012, threatening a diplomatic falling out. [Source]

In China’s one-party system, authorities maintain a strict system of censorship — mentioned in Clinton’s book — to prevent public criticism of the ruling Communist Party. Publishers, like website managers, know that sensitive material can see works banned and business licenses withdrawn, so self-censorship is a widespread and accepted part of business life here.

In the publishing sector worldwide, books are often pre-purchased “blind” so readers in other countries can have them soon after publication date. However, “no one in China was willing to buy the book blind because the political sensitivities involved in publishing any author who might be critical of China,” Karp told Buzzfeed. [Source]