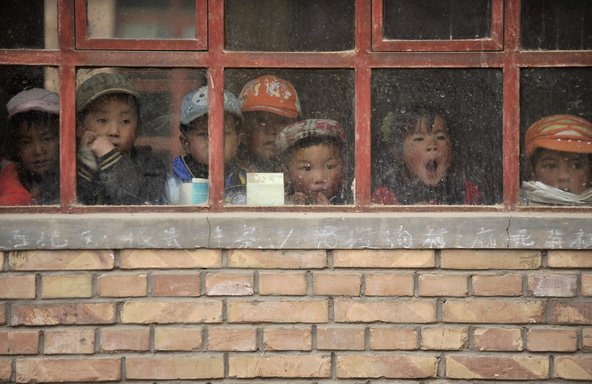 At The New York Times, Didi Kirsten Tatlow reports on the story of Wang Guangrong, a father who took his own life after learning that he couldn’t afford a payment needed for two of his children, both born in violation of state family planning policy, to attend school:

Father’s Day is an imported concept that not all Chinese are comfortable with, but the news media celebrated on Sunday with photographs of new fathers and, in a display of filial piety, children thanking dads by scrubbing their feet.

Yet, in the southern city of Guangzhou, Li Runfa, a college professor, marked the day by remembering Wang Guangrong, a largely illiterate, 37-year-old father of four who committed suicide in March after being told that he had to pay a “social child support payment” of 22,500 renminbi, or $3,600, or the two children he’d had outside family-planning limits would not be able to attend school.

[…] “He said he didn’t want them to grow up like us,” his wife, Wu Jinmin, told Jinghua Times. Following Mr. Wang’s death, the local government granted permission for his children to enroll in school, the newspaper reported, as well as 60,000 renminbi in “peaceful burial fee” and help in building a home.

[…] Mr. Li, who teaches economics and management at the Guangzhou International Economics College, said that if all children were to be able to receive an education, it would be essential to decouple access to education from the family-planning policy. Rich people can simply pay fines but the poor cannot, and it’s a burden for nearly everyone, said Mr. Li.

[…] Spurred by Mr. Wang’s death, Mr. Li in April wrote to the education and family planning departments in 31 provinces under freedom of information rules asking if they had policies that linked access to education to the provision of a family-planning certificate. Such policies are widely referred to in China as “the kidnapping of education by family planning.” [Source]

Click through to read a translated excerpt from Mr. Li’s letter.