China “Using a Bulldozer to Herd Mice” in Tibet 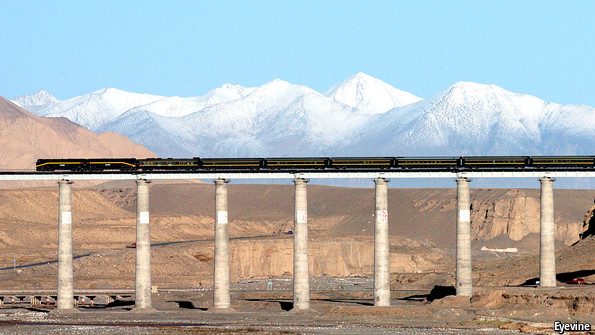 The Economist examines the Communist Party’s policy of integrating Tibet with the rest of China through development of rail links and other infrastructure:

The party’s infrastructure drive is an important part of its policy of integrating the poorer west of the country with the richer east. In Xinjiang, in the far north-west, where many members of the ethnic Uighur minority chafe at rule from Beijing, building transport links is also seen as a way to increase national security. Lavish spending on infrastructure reflects the central government’s determination to use economic development to pacify restive western regions. The sheer scale of such initiatives, in Xinjiang and Tibet, has its costs. “The people pushing these policies can’t really see the ‘smaller’ issues of preserving culture and the environment,” says Robert Barnett, a professor of modern Tibetan studies at Columbia University. “It is like using a bulldozer to herd mice.”

Few outside China believe such policies are working, especially after unrest spread across the Tibetan plateau in 2008. Through religious control, the erosion of Tibetan language, intense surveillance and “patriotic education” policies the government has sought to suppress traditional beliefs and customs. More than 130 Tibetans have set fire to themselves in protest since 2009. It has become almost impossible for ordinary Tibetans to travel abroad from Tibet, and border security has been tightened. Before 2008 the number of Tibetans escaping into Nepal each year was as high as 3,000. Last year only 300 made it out. [Source]