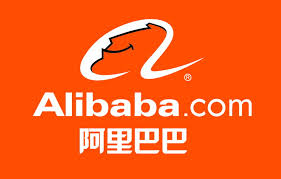 In another report looking into the accumulated wealth of the families of China’s political elite, Michael Forsythe at the New York Times reports on how the upcoming Alibaba IPO may benefit so-called princelings:

In September 2012, the Alibaba Group announced that it had completed a $7.6 billion deal to buy back half of Yahoo’s stake in it. The giant e-commerce company raised part of the money by selling shares to select investors, notably China’s sovereign wealth fund and three prominent Chinese investment firms.

What Alibaba did not detail was the deep political connections of the investment firms, Boyu Capital, Citic Capital Holdings and CDB Capital, the China Development Bank’s private investment arm.

Their senior executive ranks included sons or grandsons of the most powerful members of the ruling Communist Party, according to an analysis by The New York Times. Documents reviewed by The Times also show that a fourth investor bought Alibaba shares that month: New Horizon Capital, a private equity firm co-founded by the son of China’s prime minister at the time, Wen Jiabao. The new revelations only demonstrate the paucity of information about existing shareholders in what is poised to be the biggest initial public offering of this year.

[…] In a country of more than 1.3 billion people, the fact that four Chinese companies investing in Alibaba have had executives who are either sons or grandsons of the two dozen men who have since 2002 served on the Politburo Standing Committee, the most elite group of leaders, speaks to how deeply China’s political class has attached itself to the highest echelons of finance. [Source]

Read more about the IPO here. Yahoo owns 23% of Alibaba but entered into an agreement last year to sell back more than half its shares. Recently it has been reported that Yahoo intends to keep a larger proportion of the company than originally expected.

Alibaba has recently delved deeper into the entertainment industry by buying and investing in movie production studios.

In a strongly worded statement on Monday in Chinese on its account on Weibo, a Twitter-like social media network, Alibaba said The Times article “mistakenly described” Alibaba’s relationship with the investors.

“To those outsiders who stress companies’ various ‘backgrounds’, we didn’t have them before, we don’t have them now, and in the future we won’t need them!” the company said in the statement.

The statement did confirm that the three companies highlighted by The Times held small, but significant stakes in Alibaba.

The statement was made available to readers in mainland China, where The Times’s website has been blocked since late 2012. Thus, most readers in China would not have been able to view the original article that Alibaba was responding to. [Source]