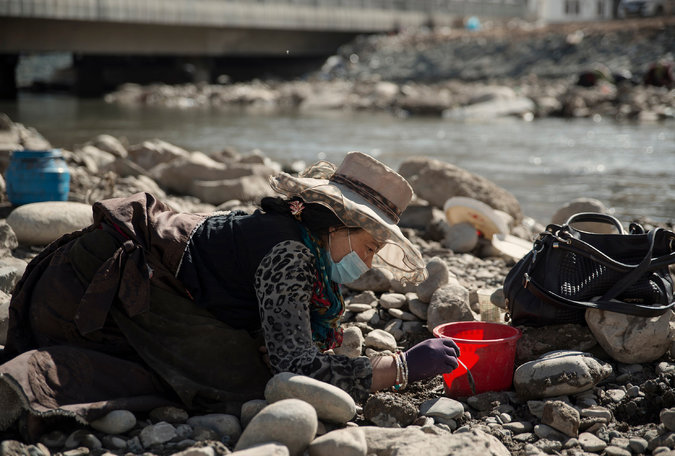 Following the devastating 2010 earthquake that killed thousands in Yushu Tibetan Autonomous Prefecture, Qinghai Province, the New York Times’ Andrew Jacobs looks at the growing local popularity of “mercy release”—the practice of saving animals who would otherwise die from natural causes or slaughter. The report examines the significance of the practice to Yushu’s local Tibetan Buddhists, a budding “mercy release” industry on the Tibetan plateau, and controversy as the trend catches on throughout China:

[…] Buddhist monks say the growing interest in “life liberation” or “mercy release,” as it is sometimes called, is part of a surge in religious devotion that followed the quake, which flattened much of Yushu. Donations to local monasteries have soared, they said, as have ordinary acts of kindness among strangers in this city of 120,000 roughly 1,300 miles northwest of Hong Kong.

“To save these lives is not only for me and my family but for all the people who died in the earthquake,” said Gelazomo, who like many Tibetans goes by a single name.

[…] From early morning until dusk, the soul-savers work to extract creatures that have become stranded as the river, which is fed by snow-draped mountains, recedes in summer. The shrimp, about the size of a fingernail clipping, are almost impossible to see in the sunbaked muck and only make themselves known by writhing faintly. After collecting them in buckets or paper cups, the diggers set them free into the river.

[…] Across the plateau, the practice of life liberation supports a growing mini-industry. Since 2008, the Kilung Monastery in Sichuan Province has saved hundreds of yaks, sheep and goats through a program financed largely by believers overseas. For $1,000 a yak and $100 a goat, participants can buy an animal headed to the slaughterhouse. A nomadic family will also set aside an animal in their herd and dedicate it to providing wool ($165) or milk ($35). The monastery accepts online payments, including Visa and MasterCard.

[…] The practice, though, has its detractors, who say releasing tropical creatures in northern climes begets a different kind of cruel death — by winter’s freezing temperatures. Across Asia, especially in cities with large Chinese communities, caged birds are sold outside temples; once released, the birds are sometimes trapped again and resold, but more often they are unable to fend for themselves and die.