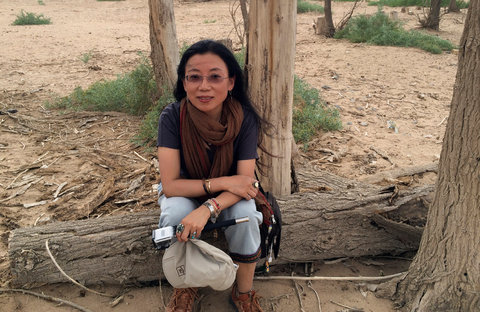 Tibetan writer Tsering Woeser discusses her recent house arrest and the current situation in Tibet with The New York Times. She and her husband Wang Lixiong were confined to their Beijing home for two days after she was invited to a dinner at the U.S. embassy during Secretary of State John Kerry’s visit last week. From Edward Wong:

[…] Most of the guards were students from the People’s Public Security University, which provides training in security and law enforcement, Ms. Woeser wrote on her blog, “Invisible Tibet,” on the night the house arrest began.

[…] “They were summer interns,” she wrote on Twitter. “They were learning how to deal in the future with the enemies of the party.” [Source]

See more on Woeser, including a February profile by PRI’s The World, via CDT.