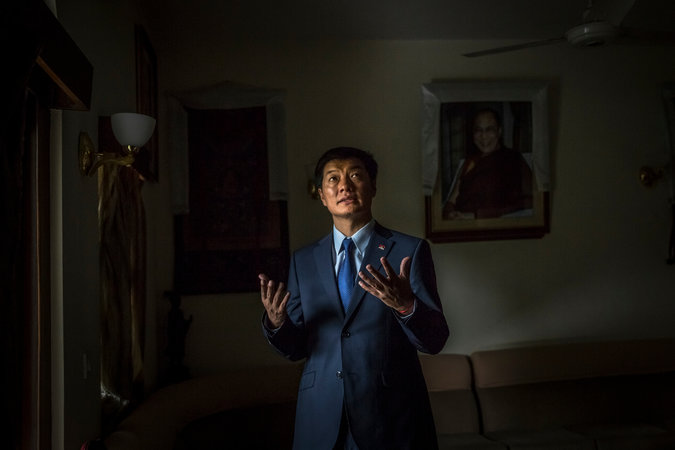 At the New York Times, Ellen Barry spoke with Lobsang Sangay, head of the exiled Tibetan government in Dharamsala, about politics, sports, and his administration’s approach towards Beijing.

Mr. Sangay likes sports. He can explain why: You win, or you lose. Then you close the book on that episode and start over. This could not be more different from the mission that he took on in 2011, when he left a comfortable life at Harvard to begin a five-year term as sikyong, the leader of the Tibetans’ exile administration. This coincided with a momentous decision by the Dalai Lama, the exiles’ head of state since 1959, to devolve his political power to the new prime minister.

Since Mr. Sangay took over, it has been difficult to close the book on anything. China, which once gave lip service to negotiations on Tibet’s status, has refused to meet with him or his representatives. Western countries are increasingly squeamish about getting involved. With the Dalai Lama’s 80th birthday a year away and no clear plan for succession, anxiety has settled like a pall over Dharamsala. Some activists criticize Mr. Sangay for being too rigid with China, others for watering down Tibetan demands in an attempt to bring Beijing to the table. Meanwhile, it is his job to inspire confidence when there is little sign of progress.

Considering all this, Mr. Sangay is surprisingly even-keeled. Asked why, he says he falls back on the Buddhist notion of impermanence. He also uses what he learned as a fan of the Red Sox, during the long years before the team’s luck turned.

“There is this unfulfilled desire, unfulfilled aspiration,” he said. “That keeps you going.” [Source]

Read more about Tibet via CDT, .