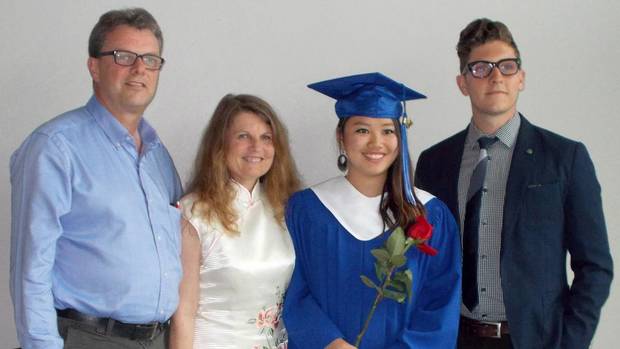 Global Times, a Communist Party mouthpiece, has published an infographic listing Canadian citizens Kevin and Julia Garratt as spies in disguise. The Garratts, who ran a coffee shop in Dandong and organized humanitarian aid trips to North Korea, were detained earlier this month by Chinese authorities for suspected theft of military and defense research secrets. Nathan VanderKlippe at the Globe and Mail reports:

[…] The Global Times graphic places the Garratts in the company of Wang Qingjian, a People’s Liberation Army senior colonel who was working for Japan and helped to bug the office of the Chinese ambassador in Tokyo; of Cai Xiaohong, a senior Chinese official in Hong Kong who was paid hundreds of thousands of dollars to give secrets to the British; and of Lu Jianhua, a sociologist who established ties with the Chinese president’s office and was sentenced to 20 years in jail for passing secrets to the U.S., Japan and Taiwan.

According to the Global Times, punishment for state secrets violations can include deportation for diplomatic staff, an exchange of spies, up to seven years in jail for “intentionally or negligently” divulging state secrets, or death for “stealing, spying or purchasing military secrets for agencies, organizations or individuals outside China.” [Source]

The Global Times’ publication, titled “Peeking in China: Spying targets and tactics,” can be accessed here.

The Garratts’ children have strongly denied the accusations against their parents. Other observers have linked their detention to a broader crackdown on Christian groups on the North Korea border, as the couple were known to be active Christians. Read more about their case via CDT.