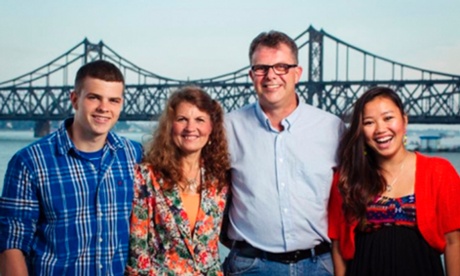 Reuters’ Megha Rajagopalan and James Pearson report that China is clamping down on Christian missionary groups in a bid to stem the flow of immigrants from North Korea.

China is cracking down on Christian charity groups near its border with North Korea, missionaries and aid groups say, with hundreds of members of the community forced to leave the country and some who remain describing an atmosphere of fear.

The sweep along the frontier is believed to be aimed at closing off support to North Koreans who flee persecution and poverty in their homeland and illegally enter China before going on to other nations, usually ending up in South Korea.

[…] Beijing has not charged anyone with any crime, but two sources with direct knowledge say a Korean-American man who ran a vocational school in the border town of Tumen was being investigated by Chinese authorities.

[…] As many as one third of the 3,000 South Korean missionaries working in China, largely near the North Korean border, have been forced out, most by having their visas refused, said Simon Suh, a Christian pastor who runs an orphanage in Yanji, a city near Tumen. [Source]

Chinese state efforts to contain Christianity have intensified in recent months. In July, Christian protesters and police clashed over the removal of another cross at a church in the province of Zhejiang. Earlier this month, Kevin and Julia Dawn Garratt, a Canadian Christian couple who ran a coffee shop in Dandong city, were detained on suspicion of stealing state secrets. Experts suspect that the couple’s case may be part of the wider crackdown on Christian activists and organizations near the North Korean border. From Reuters’ James Pearson and Ben Blanchard:

Doing anything that could be seen as overtly religious along the sensitive border with North Korea was risky, experts said.

“North Korean authorities cooperate really closely with China basically throughout the border region… of course there is more risk along the border,” said Adam Cathcart, a specialist on China-North Korea ties at the University of Leeds.

The Garratts did little to hide their Christianity, according to people who had been to their Dandong cafe, which they said was known as a meeting point for foreign Christians in the area.

“It couldn’t be any more Christian. It’s always busy and they play Christian rock music in there,” said Gareth Johnson of Young Pioneer Tours, a travel company based in China that takes tourists to North Korea and who has visited the shop. [Source]

At The Globe and Mail, Nathan Vanderklippe and Colin Freeze provided details of the humanitarian and religious work that the Garratts carried out in China through a charity they set up together with a Vancouver-based church:

“North Star Aid seeks to serve the people of North Korea primarily through providing humanitarian aid,” the charity’s website says. (In filings, Five Stones [Church] says its own good works include “food aid, clothing, school supplies and Bible training in Asia.”) Its photo gallery shows pictures of its people bringing flour, soy milk, and other food, as well as school and medical supplies, into North Korea.

[…] But in China, their work was different. According to a sermon Kevin delivered to a Surrey, B.C., church in November and heard by Agence France-Presse, North Koreans often come to a “training house” in Dandong, he said, and “99 per cent of the people we meet go back to North Korea, because they have to preach the gospel in North Korea, because God has compelled them to go.”

The Garratts also used their presence in Dandong to reach the local population. They held a weekly Sunday church service at their home, and kept a Bible on a rack of novels and other literature inside their coffee shop. Those books were missing on Tuesday, presumed to be confiscated by the authorities. [Source]