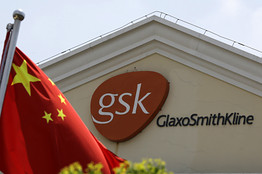 At USA Today, Calum MacLeod reports that British corporate investigator Peter Humphrey and his American wife Yu Yingzeng will be tried in China for illegally obtaining private information. The foreign couple was detained last August and subsequently charged following investigative work they conducted for GlaxoSmithKline in connection with bribery allegations against the British drugmaker.

In the first case of its kind involving foreigners, a British citizen and his American wife go on trial in Shanghai on Friday on charges of conducting an illegal investigation for GlaxoSmithKline in connection with allegations of bribery by the British pharmaceutical giant to boost sales in China.

[…] The company said it hired the couple in April 2013 to investigate a security breach concerning a former employee’s suspected e-mails that alleged widespread bribery at GSK, and circulation of a sex tape of GSK’s former top China executive, Mark Reilly, with his girlfriend.

Humphrey and Yu were formally arrested last August and indicted last month on charges of conducting an illegal investigation. Their Shanghai-based consultancy, ChinaWhys, “illegally trafficked a huge amount of personal information on Chinese citizens” from 2009 to 2013, according to city prosecutors, as quoted by Xinhua, the state news agency. [Source]