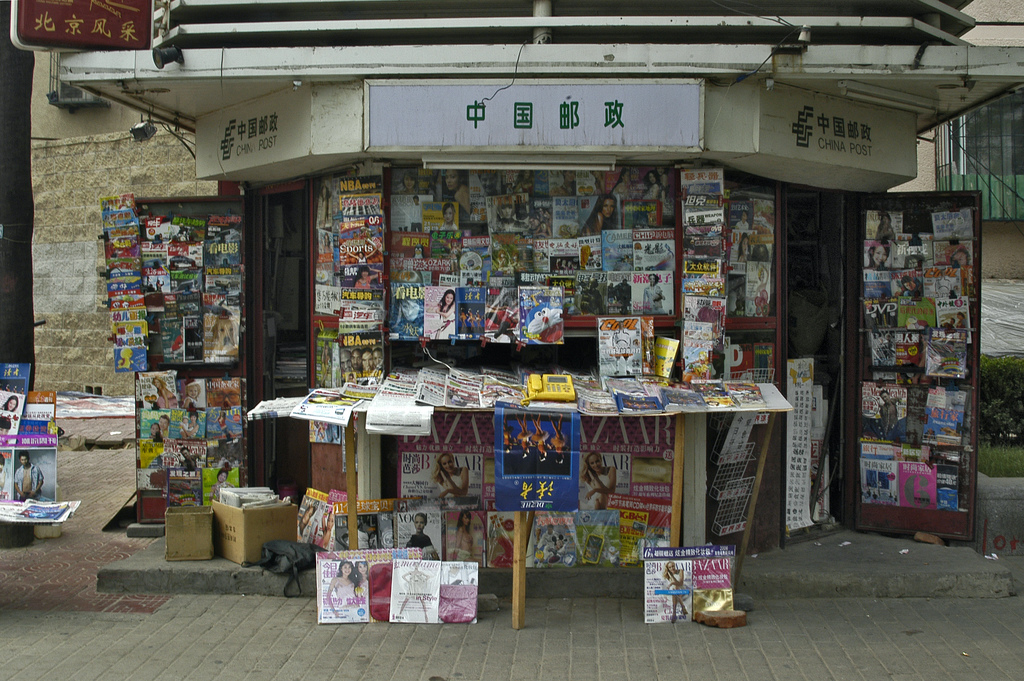 Global Times’ Cao Siqi reports on the mysterious demolition (or relocation, according to local authorities) of 72 newsstands in Beijing’s Chaoyang district since July 31st. Operators claim that authorized stands have been removed without explanation or details about compensation, and that some of their number have been detained.

Since July 31, 72 newsstands have reportedly been demolished. The newsstands received a verbal notification at noon and were removed at midnight without any reasons being provided and no official documents shown to the newsstand operators before demolition, the Beijing Youth Daily reported on Saturday.

[…] However, the department responsible for the removal has not yet been identified, said an official with Beijing Post under the State Post Bureau, adding that “the one who removed the newsstands should bear the economic losses.” [Source]