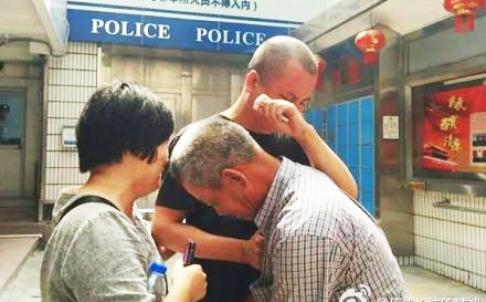 The New York Times’ Chris Buckley reports on the acquittal and release of Nian Bin, who was sentenced to death in 2007 for killing two children.

Mr. Nian maintained that he had confessed to the crime of “placing dangerous materials” — poisons — only under searing torture after his arrest. But it took a first trial, three appeals, three retrials and a review by China’s highest court before judges in Fujian Province acquitted him after concluding that the evidence marshaled by prosecutors was fatally marred by flaws and inconsistencies.

[…] Mr. Nian’s case illustrated how reluctant judges, prosecutors and the police can be to admit error. The problem is by no means unique to China, but lawyers there said political pressures on the legal system make it all the harder for unjust verdicts to be overturned.

“Throughout this trial process, the lawyers could clearly feel the pressure from inside and outside the system,” Mr. Nian’s lawyers, led by Zhang Yansheng, said in a statement issued after his release. [Source]

Beijing has unveiled measures to free courts from local interference, but these may simply move the meddling up to the provincial level.

“This rare acquittal is yet another vivid example of why the death penalty should be abolished, and the ever present risk of executing innocent people is just one of many compelling arguments against the death penalty,” said Anu Kultalahti, Amnesty International’s China Researcher.

[…] “In this case, China’s system of Supreme People’s Court review of all death sentences eventually prevented a miscarriage of justice. But Nian Bin and his family would not have had to endure such a lengthy process of retrials and appeals if the Fuzhou court had seriously considered the higher courts’ repeated rulings that there was insufficient evidence against him,” Kultalahti said. [Source]

While Nian is now free, South China Morning Post’s Patrick Boehler reports that he has gone into hiding with his family, while investigation of his wrongful conviction and alleged abuse seems unlikely:

Zhang Yansheng, who along with Si Weijiang led Nian’s defence, said on Friday afternoon she has been unable to reach the family ever since they drove away from the court house in Fuzhou to avoid the media frenzy and the children’s family, who have opposed his release.

“They don’t dare to return home,” she said. “Their home had been ransacked by the children’s relatives. [The family] still believes he killed the children.”

[…] Lawyer Zhang said she did not expect anyone would now look into the torture allegations or the police investigation that led to Nian’s arrest and conviction. “The courts cannot handle such matters, it would have to be a police investigation,” she said. “They are not going to slap themselves in the face.” [Source]