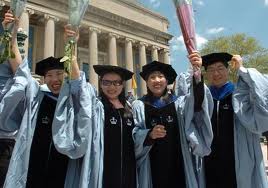 To be sure, the departure of China’s brightest and best for study and work isn’t a fresh phenomenon. China’s communist revolution was led, after all, by intellectuals schooled in Europe. What’s new is that they are planning to leave the country in its ascendancy. More and more talented Chinese are looking at the upward trajectory of this emerging superpower and deciding, nevertheless, that they’re better off elsewhere.

The decision to go is often a mix of push and pull. The elite are discovering that they can buy a comfortable lifestyle at surprisingly affordable prices in places such as California and the Australian Gold Coast, while no amount of money can purchase an escape in China from the immense problems afflicting its urban society: pollution, food safety, a broken education system. The new political era of President Xi Jinping, meanwhile, has created as much anxiety as hope.

Another aspect of this massive population outflow hasn’t yet drawn much attention. Whatever their motives and wherever they go, those who depart will be shadowed by the organs of the Leninist state they’ve left behind. A sprawling bureaucracy—the Overseas Chinese Affairs Office of the State Council—exists to ensure that distance from the motherland doesn’t dull their patriotism. Its goal is to safeguard loyalty to the Communist Party.

This often sets up an awkward dynamic between Chinese arrivals and the societies that take them in. While the newcomers try to fit in, Beijing makes every effort to use them in its campaign to project its political values, enhance its global image, harass its opponents and promote the use of standard Mandarin Chinese over the dialects spoken in Taiwan and Hong Kong.

The recent crackdown on corruption is creating another reason to leave China, as officials who are facing investigation or have already been charged flee abroad. The Ministry of Justice recently announced that more than 150 economic fugitives are currently living in the U.S.