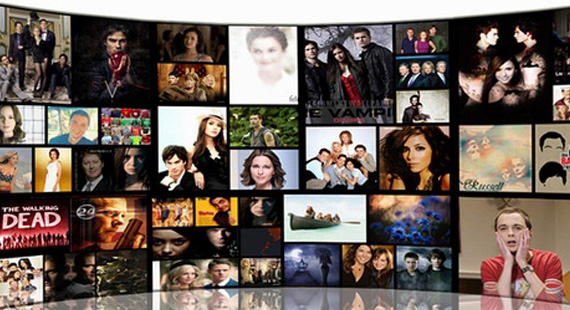 The State Administration of Press, Publication, Radio, Film and Television (SAPPRFT)’s introduction of a “censor first, broadcast later” policy requiring Internet companies to employ government censors to stream foreign television programs online in April led to concern that the policy would be used to ban foreign content. Shortly after, four U.S. TV serials “disappeared” from popular Chinese streaming sites, but state media reports attempted to assure readers that this wasn’t the start of a new trend. This week, SAPPRFT is expected to announce new limits on the number of foreign programs allowed to stream from Chinese websites. From Bloomberg Businessweek:

he regulations, set to be announced as soon as today, will cap the number of foreign shows at 30 percent of content offered by the sites, according to the person, who asked not to be identified because the rules haven’t been made public.

A cap on foreign content is part of a broader government campaign to tighten Internet controls and limit content for China’s 632 million Web users. In April, China barred video websites from airing four U.S. television shows including “The Good Wife” and “The Big Bang Theory.”

Chinese video streaming sites, including those offered by Sohu.com Inc. and Youku Tudou Inc. (YOKU:US), have snapped up copyrights to licensed TV content, offering shows from the U.S., Europe and South Korea to consumers for free — often within hours of the episodes airing in their home countries. In March, China responded to the exploding demand on video-streaming sites by stepping up regulations to block content deemed vulgar or having a “negative impact on society.” [Source]

The Wall Street Journal explains the expected SAPPRFT regulation in the context of Beijing’s recent moves to increase “Internet management” capabilities and limit the soft power influence of foreign content:

Authorities haven’t given a reason for those moves. But they come as Chinese leaders try to tighten regulation of information circulating via chat apps and on Internet sites. As well, China is seeking to build its own culture of television, movies and animation to counter what it sees as the soft-power influence of the U.S. In a government report released in March, Chinese government planners called on officials to “quicken development of public cultural undertakings including the press and publishing, radio and television, and literature and art as well as the culture industry.”

Executives among Chinese video companies said the new limits could have a positive impact on the companies by cooling the bidding for licensing foreign TV shows. Video-streaming sites paid a total of 4.2 billion yuan ($683 million) last year to license foreign and domestic programming, according to research firm EntGroup, up from 3.2 billion yuan the year before and compared with 300 million yuan in 2007. [Source]